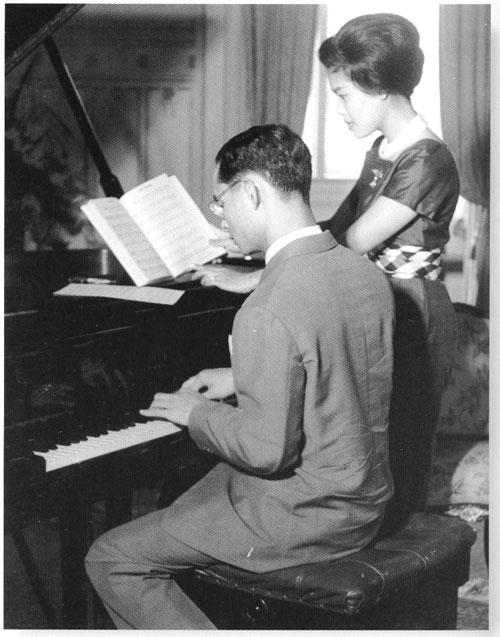 PHUKET: The King Rama IX and Princess Sirindhorn Music Library is organizing a mobile music exhibition entitled “The 8th King Rama IX Royal Compositions” which will be held from October 31 to November 2 at Saphan Hin Park in Phuket Town (click here for map).

The highlight of the event will be an impressive musical fountain and traditional dancing. The event is held to honor 84-year-old HM King Bhumibol Adulyadej.

The exhibition will focus on the King’s musical talents by presenting 48 songs composed by His Majesty, along with his hand-written notes, a royal collection of vinyl records and HM King’s personal saxophone.

Of course, there will be live music too! The 30–piece Chalearmraj band will perform some of the King’s tunes with the help of vocalists such as Suthep Wongkamhaeng and Pacharapol Chantiang. The concert will start at 7pm and last until 9 pm. The exhibition however, will be open to the public all day long .

Alongside the exhibition and concert, a singing competition will be held in which vocalists aged between 11 and 28 will have a chance to win 5,000 baht cash for first place, 3,000 and 2,000 baht for second and third place, respectively.

The singing contest will be held on October 31 and November 1, from 3pm to 5pm. From 20 singers competing on each day, five will be chosen to form the final and 10 for the grand finale on November 2.

Interested candidates can apply for the competition by sending their name, nickname, age, phone number, the preferred date of performance and the songs they are going to sing in the first round and in the finale (must be different song) to kingrama9songs@gmail.com by October 30.

There’s only 20 spots to fill so hurry up and sing to win!

A walk in the (bird) park