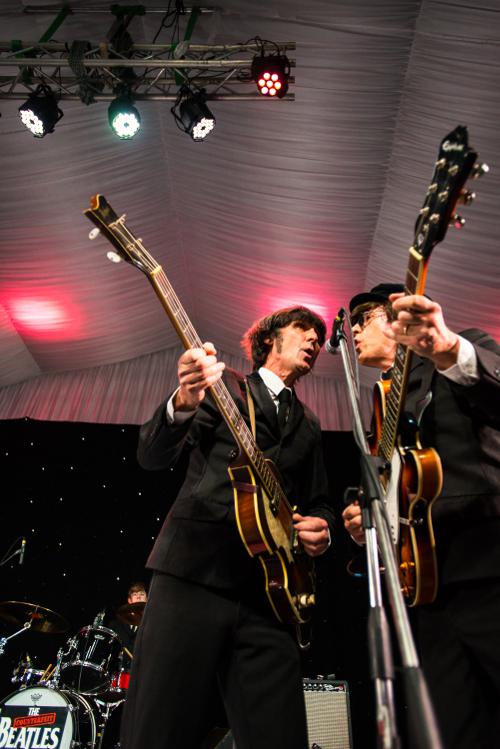 If you’ve recently met someone showing these symptoms, chances are that he or she was at one of the two Fab Beatles concerts at the Boat Lagoon over the weekend – featuring the renowned cover band the Counterfeit Beatles, direct from Liverpool.

The Beatles may have been counterfeit but the music was for real. And so was the fun. It’s been a while since Phuket has seen and heard so many people singing and dancing their hearts out. Partly it was the songs. With tunes like Help, Drive my car or Please Mr Postman in their catalog, the Counterfeit Beatles task seemed easy.

After all, we know the lyrics and few of us can stop ourselves from singing and moving in rhythm at the very first notes of Love me do or Ob-La-Di, Ob-La-Da, but there is something magical in seeing and hearing these songs performed live – and boy did the Counterfeit Beatles deliver!

All the harmonics were there, all sung in tune and with plenty of passion. The combination of the band’s fabulous stagecraft and musical talents, served up with knockout costumes and authentic instruments, resulted in a lethal and unforgettable show.

If you were lucky enough to have been there, you know what I’m talking about. And if you weren’t – well, you missed one of the greatest nights of entertainment this island has seen in a long time!

As was the case with ABBA Forever and Alice and Wonderland, the Beatles’ gigs were organized by Events International, which is rapidly becoming synonymous with world-class, imported entertainment for Phuket, an important slice of life that has long been missing here.