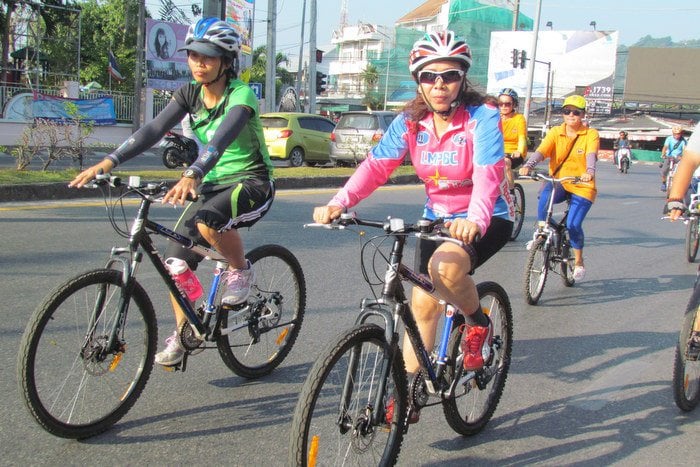 PHUKET: Phuket is one of the globe’s most desirable retirement havens, drawing thousands of retirees to its sandy shores. In addition, the demographics of the local Thai populace indicate that Thailand is a rapidly aging society, with 21 per cent of the population already over the age of 55.

While many of us think that the effects of aging are unavoidable, groundbreaking new research has found that the way and rate at which we age is largely mutable by the lifestyle and behavioral choices we make. In fact, if you want to slow down your aging, all you have to do is move more. It’s as simple as that.

A newly released study about the effects of exercise on aging shows that active older people physiologically and mentally resemble much younger people. The findings suggest that many of our expectations about the inevitability of physical decline with advancing years may be incorrect, and that how we age is, to a large degree, up to us and the choices that we make.

Aging remains a surprisingly mysterious process. A wealth of past scientific research has shown that many bodily and cellular processes change in undesirable ways as we grow older. But science has not been able to establish definitively whether such changes result primarily from the passage of time – in which case they are inevitable for anyone who keeps on stubbornly celebrating birthdays – or result at least in part from lifestyle, meaning that they are mutable.

This conundrum is particularly true in terms of inactivity. A morning bike ride around most parts of Phuket demonstrates that older people generally tend to be quite sedentary on the island, as they are all around the world. And it turns out that being sedentary certainly affects health, making it difficult to separate the effects of not moving from those of getting older.

In a recent study, scientists at King’s College London and the University of Birmingham decided to use a different approach. They removed inactivity as a factor in their study of aging by looking at the health of a select group of older people who choose to move quite a bit.

“We wanted to understand what happens to the functioning of our bodies as we get older if we take the best-case scenario,” said Stephen Harridge, the senior author of the study and director of the Centre of Human and Aerospace Physiological Sciences at King’s College London.

To accomplish that goal, the scientists recruited 85 men and 41 women aged between 55 and 79 who bicycled regularly. The volunteers were all serious recreational riders, but not competitive athletes. The men had to be able to ride at least 100 kilometers in six and a half hours and the women 60 kilometers in five and a half hours, benchmarks typical of a high degree of fitness in older people, and certainly well below the levels achieved by many retirees who cycle in Phuket.

The researchers compared the results of cyclists in the study against each other and also against standard benchmarks of supposedly normal aging. If a particular test’s results were similar among the cyclists of all ages, then the researchers considered that measure to be more dependent on activity than on age.

As it turned out, the cyclists did not show their age. On almost all measures, their physical functioning remained fairly stable across the decades and was much closer to that of young adults than of people their age. As a group, even the oldest cyclists had younger people’s levels of balance, reflexes, metabolic health and memory ability.

Some aspects of aging did, however, prove to be ineluctable. The oldest cyclists had less muscular power and mass than those in their 50s and early 60s, and considerably lower overall aerobic capacities. Age does seem to reduce our endurance and strength to some extent, even if we exercise Dr Harridge said. But even so, both of those measures were higher among the oldest cyclists than would be considered average among people aged 70 or above.

In all, the numbers strongly suggested that aging effects are simply different and less dramatic in those who choose to keep active.

“If you gave this data to a clinician and asked him to predict the age of one of the cyclists based on his or her test results, it would be impossible,” Dr Harridge said. In other words, they all look young on paper.

Dr Harridge, who is himself an avid cyclist, says, “Being physically active makes your body function on the inside more like a young person’s.”

The evidence is clear and unequivocal: If you want to enjoy youthfulness with all its excellent mental and physical attributes for longer, simply get a bike and start pedaling around the highways and byways of Phuket. But always take every precaution to remain safe and sound in our crazy, island cycling environment.