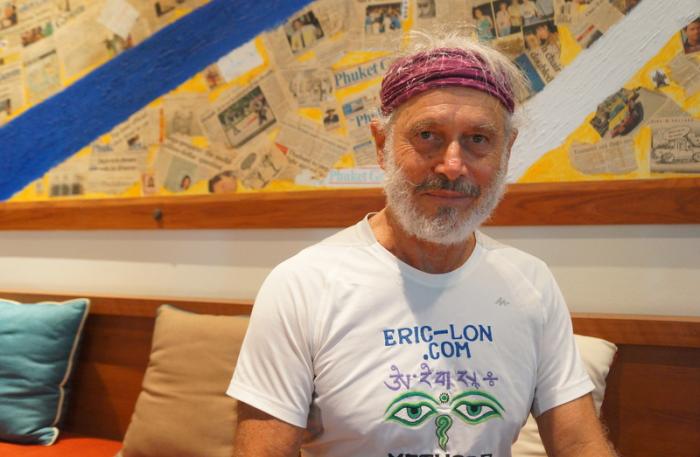 Mr Lon explained that the origins of the Methode Mezieres technique dates back to World War II, when millions of people in France were adversely affected. It has been in use for more than 60 years, to heal chronic back pain and aches, especially for the elderly.

The traditional physiotherapy technique focuses on an ‘analytic’ approach to healing, working the body part by part, said Mr Lon. This was the method taught at all schools of physiotherapy and used at hospitals and clinics in France. It had a shortcoming, though – it did not work well for those suffering from chronic aches.

In 1947, an experienced French physiotherapist named Francoise Mezieres modified this technique to work for patients with chronic pain. A female patient, over 40 years of age, had been suffering severe back pains for years and years, to the point that she couldn’t move her arms and legs at all. The classic analytic physiotherapy technique was useless for her, so Ms Mezieres decided to treat all the problems together by stretching her back, legs and arms at the same time.

This innovative method of treatment was successful and soon began to be used on other patients. Ms Mezieres also published a book about it, called ‘A Revolution in Physiotherapy‘.

Mr Lon specialized in the Methode Mezieres technique in 1977 in his home town of Toulon. He has also studied different kinds of Thai massage in Bangkok and Chiang Mai. A tsunami survivor and a regular visitor to the island, Mr Lon has published two books about his life and is currently writing a third.