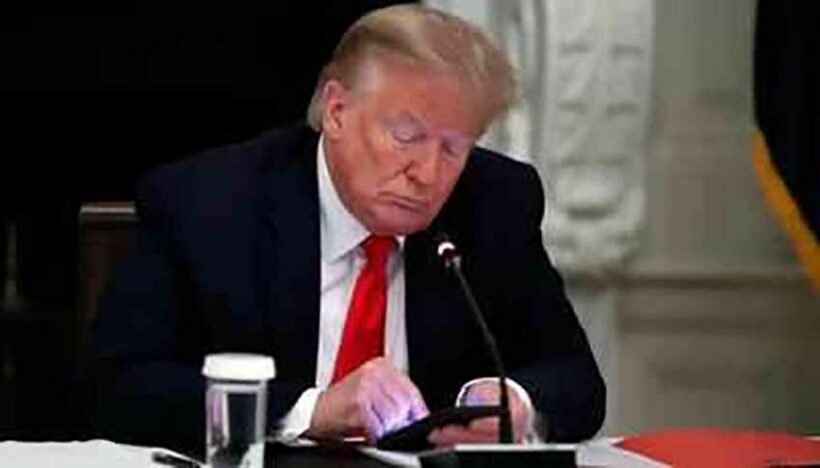 The Times of India / Reuters

“We are a private company, and we have a service we provide.”

A senior executive at Facebook says the social media giant has no plans to reverse its ban on outgoing US President, Donald Trump. Sheryl Sandberg says the ban is “indefinite” and there is currently no end date in sight.

“Our ban is indefinite. We have said at least through the transition. But we have no plans to lift it. Our policies are applied to everyone. This shows that even a president is not above the policies we have.”

Trump’s Facebook and Instagram accounts were suspended after thousands of Trump supporters invaded the US Capitol last Wednesday, while legislators were confirming President-elect Joe Biden’s victory. The ensuing violence led to 5 deaths and sent shockwaves around the world.

2 days later, Twitter deleted President Trump’s account, thereby removing his favourite means of communication and leaving the outgoing president voiceless. He has also been suspended from other social media platforms, such as Twitch and Snapchat. At one point, Trump resorted to using the official POTUS Twitter account to air his grievances, but the messages were swiftly deleted.

Facebook boss Mark Zuckerberg accuses Trump of using the social media platform to incite violence, adding that there is no reason to believe he would not continue to do so if the account was reinstated. Last October, Zuckerberg had sounded alarm bells about the risk of violence following the hotly contested presidential election.

Following the 2016 election, Facebook was accused of not doing enough to combat the spread of fake news and a proliferation of Russian campaigning allegedly aimed at persuading people to vote for Trump. Sandberg holds her hands up, saying the platform has learnt from its mistakes. In the run-up to the latest election, Facebook took a more proactive stance, suspending accounts, pages, and groups for disseminating hate content or violent material. It also became more thorough in investigating and clearly labelling content found to be “fake news”.

“We are a private company, and we have a service we provide, and it is our responsibility to make sure that service is not used for things it shouldn’t be used for, like what happened last Wednesday.”