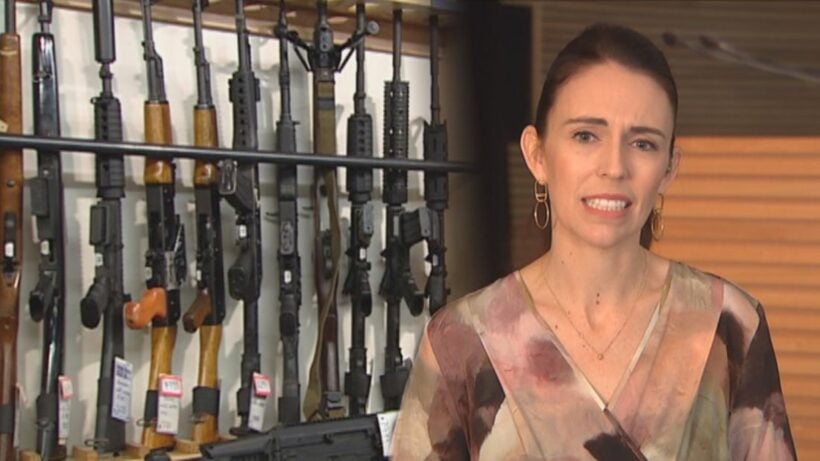 “Under the new legislation, a registry will be set up that is designed to track ownership of every legally owned firearm in the country.”

New Zealand legislators have unveiled new laws aimed at ensuring only “fit and proper” people can own guns in the wake of the Christchurch mosque attacks that killed 51 Muslim worshippers.

“Owning a firearm is a privilege not a right.”

“That means we need to do all we can to ensure that only honest, law-abiding citizens are able to obtain firearms licences and use firearms.”

Both New Zealand and Australia have very low gun death rates at 1.07 and 1.04 per 100,000 population, per year, respectively. Whereas the US rate is over 12 per 100,000. Honduras and Venezuela have the highest death rates from guns at over 40 deaths.

Under the new legislation, a registry will be set up that is designed to track ownership of every legally owned firearm in the country. The measure also increases the jail term for supplying firearms to an unlicensed person from three months to two years, as well as tightening gun importation and sales.

Police will determine if someone is “fit and proper” to hold a licence, with power to exclude anyone promoting extremism, convicted of violent crime or with mental health issues, including attempted suicide. The register, expected to take five years to complete, will contain details of the estimated 1.2 million firearms in New Zealand, for a population of around five million.

The self-avowed white supremacist is accused of opening fire at two mosques while livestreaming his actions on social media.

He has pleaded not guilty to 51 counts of murder, 40 of attempted murder and engaging in a terrorist act.

In addition to the semi-automatic ban, the first round of gun law reforms included a firearms buyback scheme allowing the public to hand in weapons before a six-month amnesty expires.

The Christchurch killings rocked New Zealand and Ardern’s gun reforms have been generally accepted in the South Pacific nation.

There has been some opposition, including from the conservative ACT Party, which said law-abiding firearms owners were not receiving a fair hearing.

“We also oppose a gun register because such an exercise will cost a significant sum of taxpayer money but will not capture the criminals and gang members who hold firearms,” ACT leader David Seymour said.