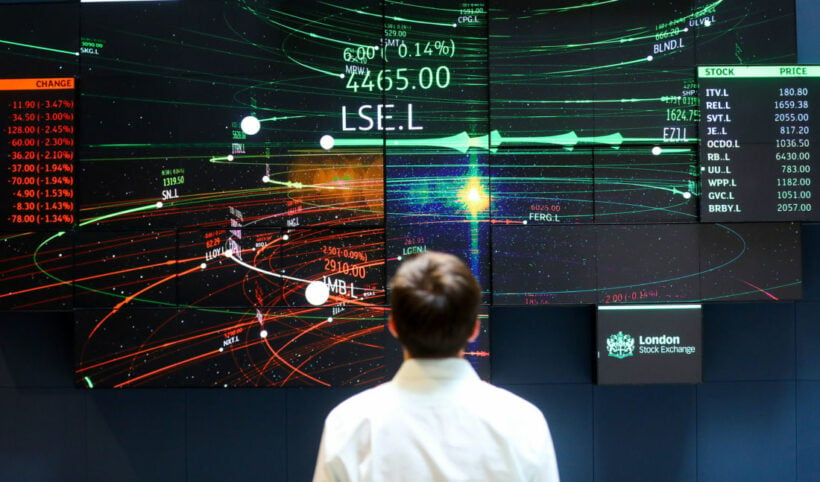 The British Pound tumbled again today after UK PM Boris Johnson’s key ally in parliament said it “could not support” his plans for a Brexit deal, throwing a spanner in the works – just as Britain and the EU were closing in on an agreement.

The comment caused an immediate reaction from this morning’s Asia Pacific markets.

After years of wrangling, the two sides said they were edging towards the basis for a treaty allowing Britain to avoid an economically catastrophic “no-deal” exit from the European Union.

With both teams working through the night, EU negotiator Michel Barnier said there had been “good progress, and work is ongoing”, while France’s deputy foreign minister said Thursday a deal was “within reach but is not guaranteed”.

There had been optimism that a deal was in the offing, just two weeks before Britain is due to leave the bloc, as they worked towards a solution on the vexed question of British-ruled Northern Ireland.

But Northern Ireland’s Democratic Unionist Party (DUP) dropped a bombshell hours before the start of a crunch EU summit Thursday, saying it cannot support the plan.

“As things stand, we could not support what is being suggested on customs and consent issues, and there is a lack of clarity” on Value Added Tax, the DUP, which props up Johnson’s government, said in a statement on Twitter.

“We will continue to work with the Government to try and get a sensible deal that works for Northern Ireland and protects the economic and constitutional integrity of the United Kingdom.”

DUP leader Arlene Foster had met Johnson several times this week to discuss the progress of talks and had described as “nonsense” previous reports that she was ready to give way.

The pound, which earlier in the day was hovering at five-month highs around $1.2877 sank to $1.2750 before edging back slightly, while it also lost ground to the euro.

The DUP are against any deal that would tie Northern Ireland to EU rules but cut the rest of the United Kingdom loose.

In early trade, London’s FTSE added 0.1%, Paris was flat and Frankfurt eased 0.2%. In Asia, most markets were in the red, with traders unable to take advantage of weak US retail data that raised the chances of another Federal Reserve interest rate cut. Comments in the Fed’s Beige Book update on the economy also pointed to a slowdown.

Sydney sank 0.8%, Singapore shed 0.7% and Seoul retreated 0.2%t, with Wellington and Manila also off. There were gains in Taipei, Mumbai, Bangkok and Jakarta.

Speculation about a possible US rate cut provided support to higher-yielding currencies against the dollar, with the Australian dollar 0.6 percent up and the South Korean won 0.1 percent stronger. The Thai baht, the Mexican peso and the South African rand also posted healthy gains.

Oil prices fell after data pointed to a sharp rise in US stockpiles that reinforced worries about the impact on demand from the China-US trade war and the global economic slowdown.

EU and UK zone in on possible breakthrough