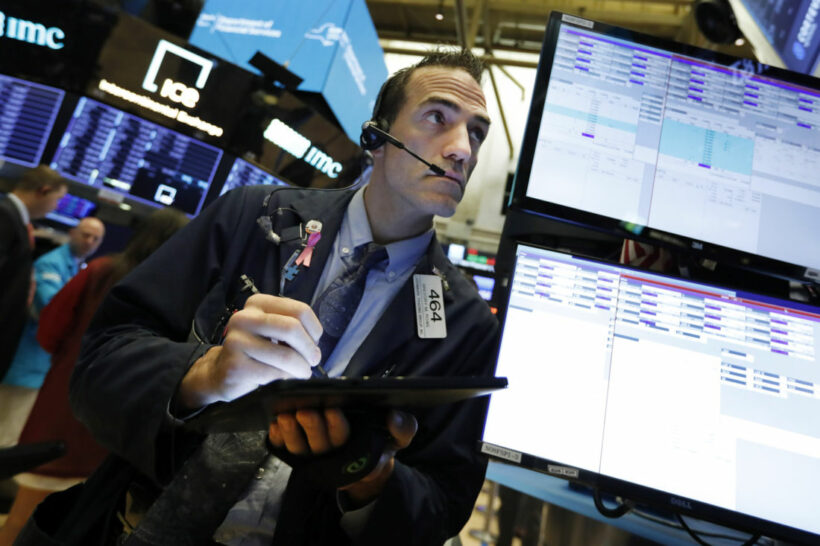 October’s history as an irritating month for world stocks reared its head again after only two days as markets plunged on fears, both real and imagined.

The Dow Jones industrial average gave up all its September gains and then some, plunging more than 800 points. Technology received the biggest shellacking, with Visa, Intel, and Cisco all running in the deep red.

Sam Stovall of CFRA Research says that October’s reputation is preceding itself.

“Historically, October has witnessed 30% higher volatility than any other month.”

The Dow blue chips slumped nearly 600 points, or more than 2%, in yesterday’s afternoon trading. Wednesday’s mayhem followed a rocky start on Tuesday, which saw a 344 point drop after the Institute for Supply Management’s manufacturing index signalled that September was the worst month for US manufacturing in more than a decade. Tuesday wiped out all of September’s market gains.

The Standard & Poor’s 500-stock index and Nasdaq composite index were 2% in the red Wednesday, the worst day for stocks since August 23. All 11 stock market sectors had sunk by early afternoon, led by the industrials and the information sector.

Analysts were finding it difficult to put an exact cause on the selloff. Some referred to October itself as a jinx month that hosted historic crashes in 1929, 1987, 1997 and the financial meltdown of 2008. The month is also known for being a “bottom” for bear markets that have then reversed and turned upward. Others even speculated that Sen. Bernie Sanders. a Democratic presidential candidate, exacerbated the sell-off because of reported health problems. Some on Wall Street fears that Sanders’ Democratic rival Sen. Elizabeth Warren would be unfriendly to Wall Street if she won the presidency.

“It is all speculation on the source of weakness in the near term,” said Nancy Tengler of Tengler Wealth Management.

“Manufacturing was disappointing. Job growth is slowing. In the very short term, the algorithms are reading the headlines and the sell programs are taking over. I am not panicking yet.”

President President Trump blamed “all of this impeachment nonsense, which is going nowhere.” In a tweet midday Wednesday, he blamed the inquiry for “driving the Stock Market, and your 401K’s down. But that is exactly what the Democrats want to do. They are willing to hurt the Country, with only the 2020 Election in mind!”

Trump’s tweet marked the second time in two days that he has punted the blame for negative economic news. On Tuesday, in the wake of the dismal manufacturing report, he tweeted that Fed Chair “Jay Powell and the Federal Reserve have allowed the Dollar to get so strong, especially relative to ALL other currencies, that our manufacturers are being negatively affected.”

“Fed Rate too high. They are their own worst enemies, they don’t have a clue. Pathetic!” he wrote.

The impeachment drama comes as economists have grown more concerned that the ongoing US-China trade war and the slump in manufacturing could have ripple effects for the rest of the US economy.

“There is no end in sight to this slowdown, the recession risk is real,” said Torsten Slok, chief economist at Deutsche Bank Securities, in an email to clients Tuesday.

Hiring cooled in August, and a new report Wednesday from ADP and Moody’s Analytics found that the private sector created more jobs than expected in September, even while the pace slowed alongside concerns of a tight labor market.

American consumers are increasingly propping up the global economy, but there are concerns that confidence could begin to slip. US vehicle sales for Ford Motor declined 4.9% during the third quarter with demand for the top-selling F-series pickup starting to slouch. The company’s stock was down 4% midday Wednesday.

Tuesday’s manufacturing news erased hopes of a quick turnaround for the industry and bruised Trump’s vows to revive American blue-collar jobs. Manufacturing fell into a “technical recession” in the first half of the year, and the latest ISM data suggests that situation is only growing more grave.

US will slap tariffs on EU following Airbus trade ruling