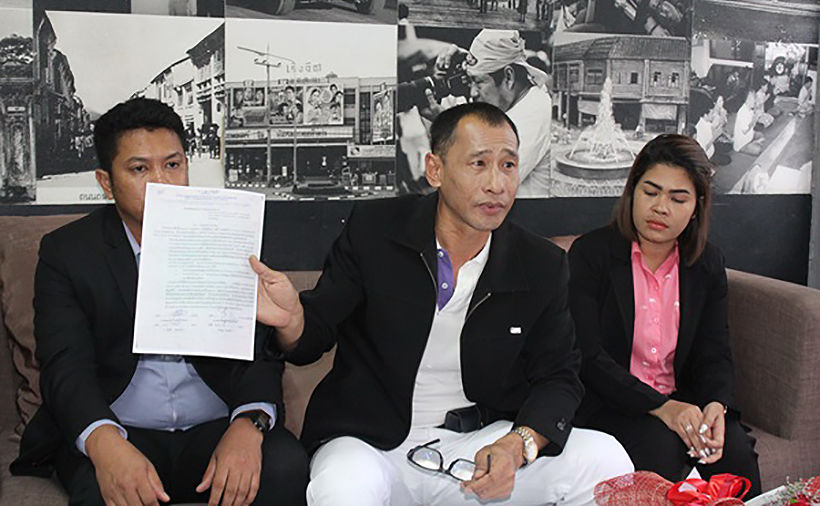 On September 30, Narongrit Netikietiwong, the lawyer of Chanwit Kitlertsiriwattana, Managing Director of Phukhaohokluk Company, who claims to own the land on Naka Noi Island, went to Phuket Media Association to file an official complaint against his client.

This follows a report that Chanwit made to the police, accusing the lawyer of “defrauding him”.

Narongrit explained that Chanwit went to file a report to the Royal Thai Police, saying he has been “conned by scammers” regarding the purchase of land on Naka Noi Island, east of Phuket.

Chanwit claimed that a “fraud gang” managed to con him out of 80 million baht in exchange of a land deed on Naka Noi Island.

Phuket Hot News reports that, apart from reporting to the police, Narongrit’s former client also hosted a press conference with many media mentioning the lawyer’s name and accusing him of being fraudulent. Narongrit said that the two have never met before Chanwit started hiring him.

Chanwit initially bought 24 rai of land on Naka Noi Island, on a Nor Sor 3 Kor type land title, but later received a complaint that the land was illegally owned, so Chanwit hired Narongrit as a lawyer to work on the case against the DSI who were trying to revoke the title.

Narongrit said that he succeeded and Chanwit won the case.

Later, Chanwit hired Narongrit to work on another case, this time a land fight against a Thai celebrity who owned the land just next to his. This time Chanwit offered Narongrit a 100 million baht wage if he could win the case. Narongrit had to file documents and information he gathered to Pol Gen Srivara Ransibhramanakul to prove that the Thai celebrity’s land papers were illegal. Narongrit brought Chanwit with him on the day that he filed the documents.

After filing the document, the Royal Thai Police set up a committee to work on the case and urgently sent a letter to the Director General of Department of Lands to withdraw the land paper that belonged to the celebrity.

“This means the work was accomplished back on November 16, 2017, when the Royal Thai Police sent the letter the Department of Lands to withdraw the papers. The 80 million baht that Chanwit claimed as payment in the news isn’t true. I haven’t received anything from him.”

After winning the case against the Thai celebrity, the outstanding payments went from 100 million to 180 million baht, including all the services provided to make Chanwit’s land paper valid.

Chanwit expanded the land in his possession from 50 – 70 rai.

Chanwit insisted to have land papers for the property which took a long time from the Thalang land office to the administrative court. However, in the end, the lawyer succeeded on getting Chanwit ownership of the land, which means his job was done.

Chanwit then made another contract hiring him to work on the land papers. On the contract signing date, when Chanwit had to pay him the first amount of 5 million baht, Chanwit said he didn’t have money and cancelled all the contracts they had made.

Later on, Chanwit spoke to the media claiming that his lawyer “is a fraud”.

“I want to ask if this is called fraud or not? I want to ask Chanwit to think if he already paid me 100 million baht or not? I cannot issue the land papers for him but I did my job as a lawyer and made him able to own the land,” Narongrit said.

He said that Chanwit’s news that was released to the media damaged his reputation and he is going to sue Chanwit for defamation as well as other charges. 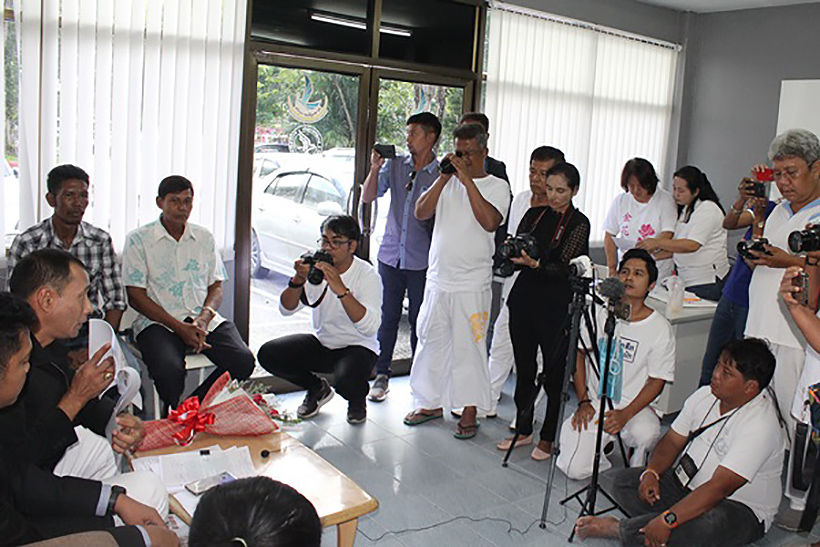