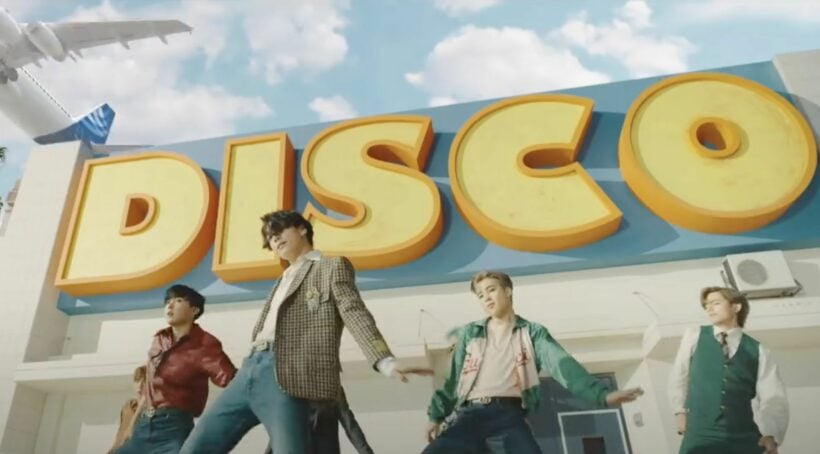 The world’s most popular music group, BTS, have released their most anticipated track since the septet launched back in 2013. Really… most anticipated? Well, the song’s retro-vibed bop has obliterated the record for the biggest YouTube premiere, looking almost certain to eclipse the 100 million view mark in 24 hours.

BTS’s long struggle to the top of, firstly South Korea’s competitive K-Pop market, then the world’s pop industry, has been in the Korean language, peppered with a bit of English. So how can they become kings of the pop world singing mostly in Korean?

Despite the performances being almost entirely sung in Korean, the group has already matched The Beatles’ record of 3 consecutive #1 albums on the Billboard Album Chart within a single year. But they’ve never scored a #1 in the Billboard singles chart. “Dynamite” might change that with the 7 members dusting off the mirror ball and flares for this disco bop.

RM, Jin, Suga, J-Hope, V, Jimin and Jungkook have explored just about every genre over their 7 year career and have been continually asked about when they are doing a full English-language track. A few of the members have collaborated with other artists to do some English tracks in the past but this is the first full English release as the entire BTS ensemble.

The group has clawed their way to the top of the pop world in a true rags-to-riches story, really catalogued over the years by weaponising the social media space and taking a different tack from the well-oiled music industry formula.

BTS, along with fellow K-Pop girl group Blackpink, hold most of the recent records for the most YouTube uploads within 24 hours. Their April 2019 collaboration with Halsey “Boy with Luv” reached 74.6 million views in its first 24 hours. “Dynamite” is sure to top this list again and set another record.

Even though the band has amassed an astonishing world following, despite their songs being mostly in Korean, “Dynamite” targets the global pop market with a retro-styled bob.

The septet, which launched in 2013 with the almost unknown production company “Big Hit Entertainment”, with the song “No More Dream”, were the first K-pop group to debut at No. 1 on Billboard’s Hot 200 in 2018. Their 2019 album “Map of the Soul: Persona” topped the Nielsen charts in physical sales for the year and they performed at the 2020 Grammys with Lil Nas X. In their seven years, they’ve released more than a dozen albums and EPs.

Even their 29 second teaser video for the new single has amassed over 50 million hits on YouTube. You can see more of their 7 years of pop history HERE.

The new video amassed 20 million views in its first hour online! Here it is…. try not to dance.