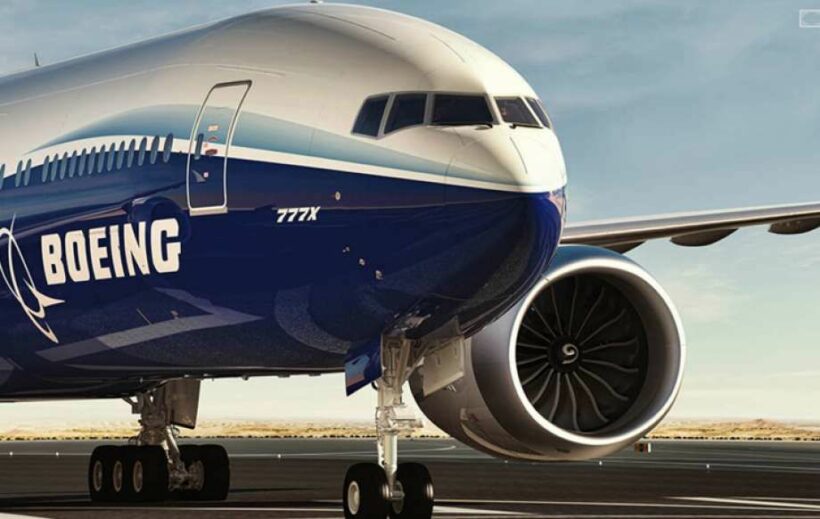 “A source close to the matter said a door of the plane blew out during the test.”

Boeing is suspending testing on its new long-haul 777X aircraft, yet another setback as the US aviation giant tries to rebound from the 737 MAX crisis.

The so-called “final load” tests are part of the aircraft certification process, overseen by inspectors from the Federal Aviation Administration (FAA), and meant to subject the plane to “loads and stresses well beyond normal operational loads,” a Boeing spokesman told AFP in an email.

“During final load testing on the 777X static test airplane, the team encountered an issue that required suspension of the test,” the spokesman said.

“The testing conditions were well beyond any load expected in commercial service. The event is under review and the team is working to understand root cause.”

A source close to the matter who spoke on condition of anonymity said a door of the plane blew out during the test. Such an occurrence is rare during final load testing, an industry source said.

The 777X was originally scheduled to take off on its first test flight this summer. That date has been postponed until early 2020 by Boeing, due to problems with its General Electric engine.

The company spokesman declined to say whether the latest setback would further delay the schedule.

The FAA investigates issues that come up during structural testing of aircraft, the agency said.

During these tests, the plane is placed under extreme stress to verify its structural strength. To check the wings, for example, a system of fasteners are connected which allow examiners to bend them up and down.

Traditionally, these tests push the aircraft to the breaking point estimated by the manufacturers, and are essential to obtain certification from regulators.

The suspension of the testing for the 777X comes as Boeing is in the process of completing changes required by regulators on the 737 MAX, which has been grounded worldwide after two crashes that resulted in 346 deaths.

Civil aviation authorities have stepped up their inspections since the disasters, most notably the FAA, which has been accused of cozy ties with Boeing.

In an effort to reinforce its independence, the US regulator has become much more detailed and demanding, according to industry sources interviewed by AFP.

Boeing’s 777X, which is meant to replace the 777 and can carry 400 to 425 passengers, has already been ordered by eight airlines, including Emirates.

It is meant to compete with the A350 of European manufacturer Airbus.

Up until Friday, industry experts had said the first deliveries of the 777X probably would not take place before 2021 because the test flight period and approval process should be extended, due to the delays caused by the engine issue.