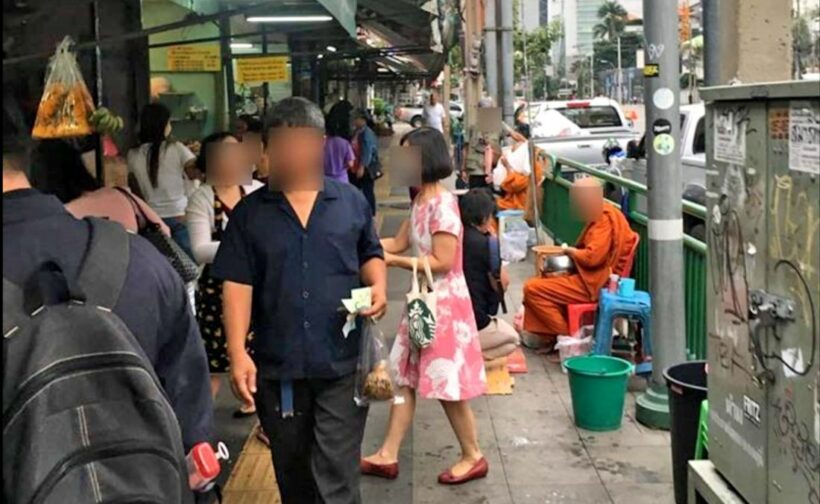 Just another day in Thailand with a social media post about monks seated along a city street appealing for alms at the Asoke market in the business hub of Bangkok.

Sanook reports that there were many monks on the footpath as mostly Chinese tourists paid their respects and offered the monks food bought at the market.

But an online activist grout claimed that once the people had made merit, the items in the bowls were handed back to traders for resale. They complained the monks were cluttering up the footpaths and may be totally illegal scammers.

Online comments said, that if the monks were fakes, they should all be arrested. If they were for real then the Buddhist authorities should investigate to see if the proper procedures for taking alms were being flouted. Welcome to Wat Samphran, unlike any Thai temple you’ve seen