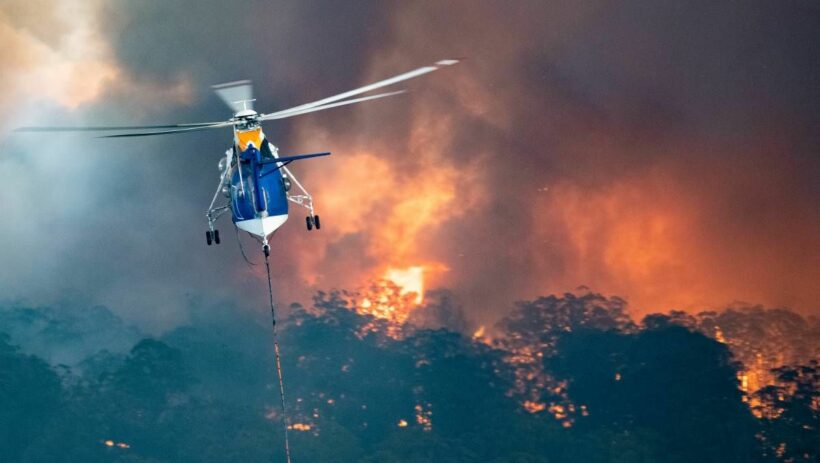 Emergency officials in Australia have a 24 hour deadline to move thousands of people stranded on the New South Wales (NSW) South Coast who could face a looming fire crisis when this weekend’s latest heatwave arrives.

Bushfire-ravaged communities in southern NSW are assessing the damage after seven lives and 176 homes were lost. In Victoria, south of NSW, residents are coming to terms with horrifying bushfires which have destroyed properties and claimed at least one life in East Gippsland. Firefighters continue to fend off blazes and try and evacuate communities before the weekend’s northerly winds bring 40+ temperatures to the area.

Victoria’s Premier has told reporters this morning there are 17 people missing in Victoria due to the East Gippsland fires and confirmed the death of a Buchan resident.

“Their whereabouts is unknown to us, plus there is one person confirmed as deceased.”

Speaking to The Thaiger this morning, holiday makers in the East Gippsland town of Paynesville said they were getting out before the weekend’s high temperatures and hot northerly winds potentially threatened their communities.

On the phone a Raymond Island resident told us that they could see the glow of the fires during the night and recognised the astonishing speed they were moving.

2,000 kilometres away in Western Australia, a “Catastrophic Fire Danger’ rating has been issued for the Goldfields region today.

Meanwhile, hundreds of frightened residents have been plucked to safety in the fire-ravaged town of Mallacoota in far east Gippsland. The HMAS Choules arrived off the coast this morning from Sydney and the first recovery craft was ferrying people to the vessel at 9.30am. The residents had been hemmed in by fires coming over the hills and had sought safety on the beach

Australian Prime Minister Scott Morrison has addressed specific questions about climate change in his press conference and conceded that this fire season has been “quite extraordinary” and alluded to a broad link with climate change. His government has had a broad stance not recognising the affects of climate change.

“Let me be clear to the Australian people, our emissions reductions policies, will both protect our environment and seek to reduce the risk and hazard we are seeing today.” 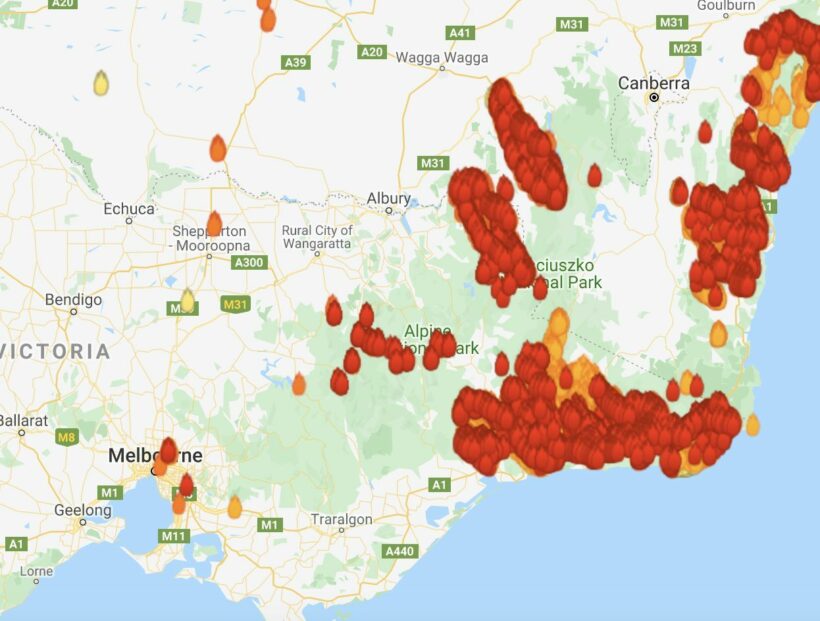 Top 10 most popular stories at The Thaiger in 2019