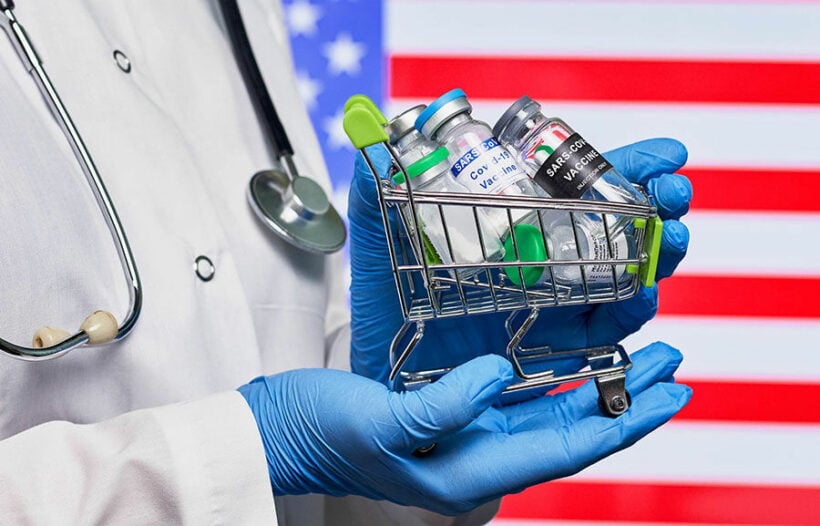 Amnesty International has accused the manufacturers of Covid-19 vaccines of putting profits before lives and called on wealthy governments to distribute 2 billion doses to poorer nations. According to an AFP report, Amnesty boss Agnes Callamard says that US President Joe Biden is expected to use the UN General Assembly to confirm a pledge to fully vaccinate 70% of the world by September 22. She is calling on him to show his commitment by donating excess vaccine doses.

“We need leaders like President Biden to put billions of doses on the table and deliver the goods, otherwise this is just another empty gesture and lives will continue to be lost.”

Amnesty has slammed the major manufacturers of Covid-19 vaccines – AstraZeneca, BioNTech, Johnson & Johnson, Moderna, Novavax and Pfizer – for refusing to share the technology behind their products or to share doses so that more of the world’s population could be inoculated. The human rights organisation says that while richer nations have vaccinated most of their populations, the situation is very different in parts of Asia, Africa, and Latin America, leading to tens of thousands of preventable deaths a week.

While Callamard acknowledges that both AstraZeneca and Johnson & Johnson are selling their vaccines at cost price, she points out that all 6 vaccine manufacturers challenged a bid from India and South Africa to waive the intellectual property rights associated with their products.

Amnesty has pledged to hold wealthy countries and vaccine manufacturers to account, in a campaign supported by the World Health Organisation and the UN High Commissioner for Human Rights. The organisation says the current situation means the WHO’s goal of vaccinating 40% of the population in low and lower-middle income countries by the end of the year is in jeopardy. Callamard is calling on wealthy nations to re-distribute “hundreds of millions” of excess vaccine doses and for manufacturers to ensure at least half their supply goes to poorer nations.

“We’re calling on states and pharmaceutical companies to drastically change course and to do everything needed to deliver two billion vaccines to low and lower-middle income countries starting now. Profits should never come before lives. No one should spend another year suffering and living in fear.”

Soidog
I’m a firm believer in the notion that “no one is safe until we are all safe”. However, I baulk at the idea that richer nations who purchased lots of vaccines to ensure they had enough, should now give them…

Rain
Most of these types of organisations miss the bigger picture - or any picture, for that matter.
Stardust
11 hours ago, Bob20 said: I disagree. The majority of researchers and scientists love their job and hope every day that they will find something that will help humanity. They just work on a small piece of a puzzle and…
Stonker
22 minutes ago, Stardust said:  as we can see in the studies of this countries like Australia  (snip) What "studies"??? Pure fantasy, as usual.
Shade_Wilder
12 hours ago, Rain said: I find all of these "international" NGOs types to be nothing short of charlatans - especially, AI. Their truer agendas are underwritten by unscrupulous culturally-centric circles.  Wow! What a small, unpleasant little world you must…