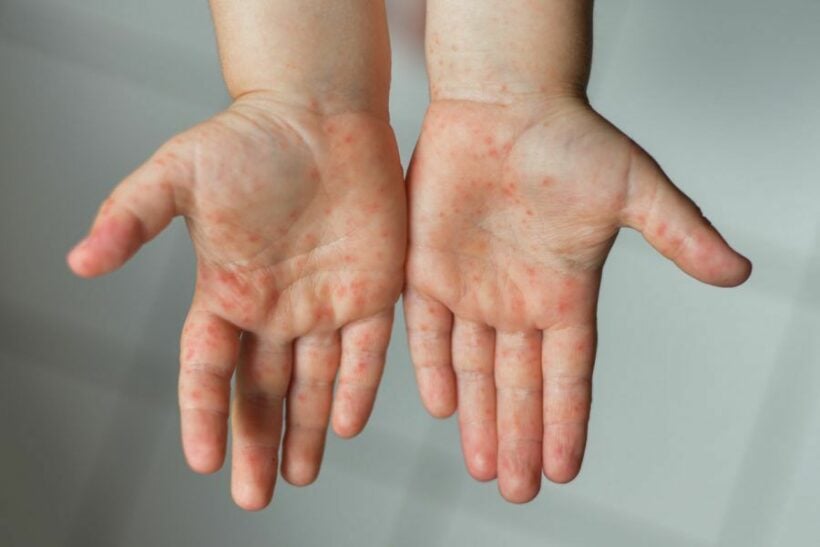 Monkeypox, photo by The Federal News.

After an outbreak of monkeypox, a viral infection similar to smallpox, began last week, almost 200 cases have been reported across more than 20 countries, according to the World Health Organisation. The Associated Press noted that this number seems likely an undercount, though.

Meanwhile, various health professionals and officials continue to dispute the cause of the virus. Doctors in the UK, Spain, Portugal, Canada, the US. and elsewhere have noted that the majority of infections to date have been in gay and bisexual men.

But earlier this week, the WHO stressed that monkeypox is “not a gay disease“. Andy Seale, from the WHO’s Department of Global HIV, Hepatitis and STD Programmes, said…

“There’s a lot of stigma and discrimination that surrounds many diseases. While we’re seeing some cases amongst men who have sex with men, this is not a gay disease.”

Several countries are discussing whether smallpox vaccines can be used to protect people from monkeypox. WHO says its experts are assessing the evidence, and will provide guidance soon. The global supply of smallpox vaccines is limited, and WHO’s emergencies chief Dr. Mike Ryan said the agency would be working with its member countries to potentially develop a centrally controlled stockpile.

Dr. Sylvie Briand, WHO’s director of pandemic and epidemic diseases, says the situation so far appears to be “containable.” She said, however, that WHO expects more cases reported in the future.

“…we don’t know if we are just seeing the peak of the iceberg (or) if there are many more cases that are undetected in communities.”

ThaiEyes
200 cases… So what? Dengue fever is rapidly becoming a huge problem in many countries, including Thailand. But don’t tell anybody, because the government may have a mosquito lockdown which would destroy the mosquito economy 😂🤣
Grumpyoldman
Here we go again. Give it a rest WHO and the media. This is less of a risk than crossing the road.

IneptoCracy
" it's not a gay disease " Righto it's is happy disease then. Those hands in the photo are going to become arthritic with age.

Tensions flare once again in Israel-Palestine ahead of controversial march