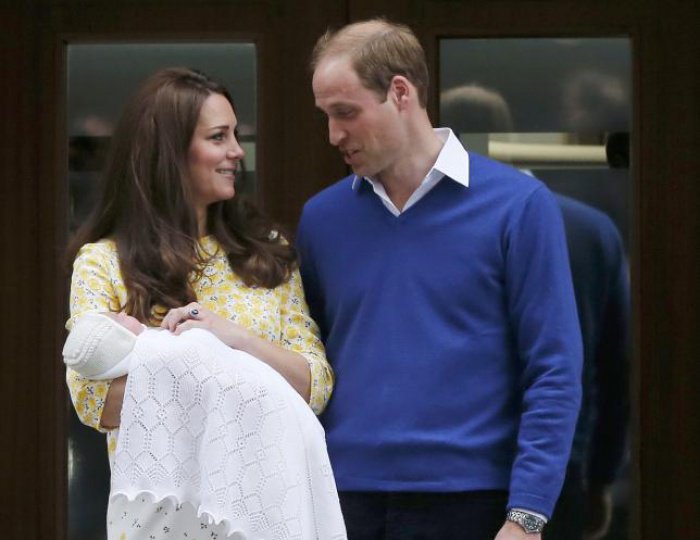 PHUKET: They are one of the most famous couples on the planet, one day destined to be Britain’s king and queen.

But royal experts say what Prince William and wife Kate really want is as much normality as possible within the confines of being in the spotlight.

The eyes of the world have again turned on Queen Elizabeth’s grandson and his wife, officially known as the Duke and Duchess of Cambridge, with the birth of their second child, a girl.

Millions of people across the world tuned in to watch their sumptuous wedding in 2011 while the birth of Prince George two years later provoked an international media frenzy outside a hospital in west London.

But while they regularly grace the front pages of newspapers and magazines, and Kate is considered a fashion icon, commentators say what they really enjoy is having a normal family life away from the cameras.

Rather than crowns and tiaras, William and Kate will be eagerly looking forward to bath time and changing nappies.

“They’ve always tried to have the minimum amount of staff, they like to look after themselves as much as they can,” royal historian Hugo Vickers told Reuters.

“I’m sure that they’ll be again very hands on and very much wanting to be as normal a family as possible.”

Britain’s royal family has enjoyed a surge in popularity in the last decade, mainly fueled by its young members, Kate, William and his younger brother Harry, restoring its reputation after the divorce of their parents Prince Charles and Princess Diana, and her subsequent death in a Paris car crash in 1997.

Supporters say they connect with people in a way Charles does not, and their easy-going nature and Kate’s background as the first “commoner” to marry a prince in close proximity to the throne in more than 350 years reflected a new version of royalty.

A poll last month found eight out of 10 Britons liked William and Kate, including three-quarters of those aged 18 to 24.

Author Claudia Joseph said while Prince Charles enjoyed a gilded lifestyle but was kept at arms length by his parents, William and Kate were modern parents, following the model of Diana who would queue with other visitors when she took her sons to an amusement park.

She said William enjoyed being with Kate’s parents, away from the usual formality and paraphernalia surrounding the royals.

“He spends a lot of time with them and wants his son to enjoy that side of royal life,” she said.

Royal aides also say the couple are much more media-savvy than their forebears and are acutely aware of the difficulties faced by many Britons coping with financial hardship as austerity measures bite.

Kate regularly recycles her favorite outfits, is seen shopping at supermarkets and according to newspaper reports takes Prince George to farm parks with other mothers and the couple enjoy meals out in local pubs.

For his part, William has so far eschewed a life solely dedicated to official duties and is currently an air ambulance helicopter pilot.

“It’s going to be normal family. Dad goes off to work, comes home and they all have dinner together,” veteran royal photographer Arthur Edwards told Reuters.

“He’s taken this time out to do a real job. It’s as near normal as you can get when you are second-in-line to the throne and to achieve that is something very special and I think he’s fought hard to get that.”

But critics question how ordinary can a couple really be when they live in gilded palaces and stately homes, renovated at the cost to the taxpayer millions of pounds, and travel the world in luxury.

Kate might not be an aristocrat, but comes from a wealthy middle-class family and enjoyed a privileged upbringing.

Maternity rooms at the private St Mary’s Hospital, where the new baby was born, cost well over 5,000 pounds ($7,500), and afterwards the couple were expected to initially return to their London residence, Kensington Palace.

Then they will head to Anmer Hall, their country mansion on the queen’s Sandringham estate in Norfolk, to the northeast of London.

Many Britons are worried by soaring property prices, cuts to the national health service, and other economic austerity measures – issues which have figured in campaigning for next Thursday’s parliamentary election.

“Should the country be called on to celebrate a royal birth when 3.5 million children are growing up in poverty?” said Graham Smith, the chief executive of anti-monarchist campaign group Republic.

“To single out this birth because they are ‘royal’ is simply wrong.”