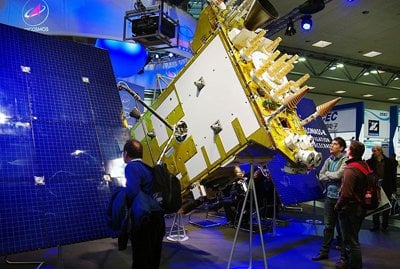 PHUKET: The Russian Space Forces, which is responsible for military space operations, on Monday announced that the year’s last Glonass-M navigation satellite has been launched on a Russian Soyuz rocket.

The Glonass-M launch was carried out on schedule at 12:25 p.m. Moscow time from the Plesetsk Cosmodrome, which is located in the country’s Arkhangelsk Oblast. The satellite will join a group of 30 Glonass satellites already in orbit.

Alexei Zolotukhin, a spokesperson for the Russian Space Forces, confirmed to the RIA Novosti news agency that Monday’s launch was the last one of the year.

Russia’s Glonass satellites are designed for both military and civilian use and are considered the country’s response to the United States’ Global Positioning System, which is better known as GPS. Both satellite systems allow users to determine locations and positioning to within a few meters (feet).

Bearing in mind an estimated accuracy of 2.8 meters, this appears to be an improvement over the GPS network, which has an approximate accuracy of within 15 meters.

The system has many potential civilian applications, and with the rapidly growing telecoms industry in Russia, this is one of many services that will be available to the growing number of Russian tourists visiting Phuket.