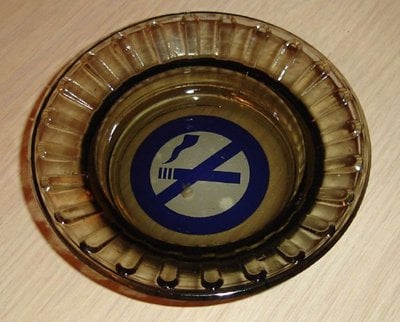 PHUKET: The provincial legislature on the Indonesian resort island of Bali has passed a new law which will soon ban smoking in all public places, the Jakarta Globe reported on Monday. It is not yet known when the ban will go into effect.

The provincial legislature passed the new bylaw on ‘Anti-Smoking Areas’ on Monday, forbidding smoking in tourism centers, hotels, healthcare centers, schools, government offices, markets, entertainment centers, airports and on public transportation. The advertisement and sale of cigarettes is also forbidden in these areas.

“I want all people to be healthy and the bylaw is an implementation of the 2009 Law on Health,” Bali Governor Made Mangku Pastika said, as quoted by the Jakarta Globe. “Regarding this smoking ban in tourism centers, I think tourists will understand. Instead, it is Bali’s people who often do not understand.”

Breaching this new bylaw carries a maximum sentence of six months imprisonment or a fine of Rp 50 million ($5,450). It was not immediately clear when the new law will go into effect, but a decision is expected to be taken soon.

“The bylaw is definitely needed to protect people from the dangers of smoking,” said Utami Dwi Suryadi, secretary of the bylaw committee. “It needs to be implemented seriously and strictly. We need to educate people about the impacts of smoking.”

The same bylaw was also passed earlier in the Indonesian capital of Jakarta, but it has not been implemented effectively as many people still smoke in banned places. Indonesian authorities also failed to enforce the 2009 Health Law which includes limited regulation of cigarette advertising.

According to the World Lung Foundation, more than 60 percent of Indonesian men smoke and 30 percent of Indonesian youth have smoked their first cigarette before they turn 10 years old. The Asian country is one of only a few which have not yet ratified the Framework Convention on Tobacco Control, which calls for comprehensive tobacco control regulations.

Phuket already has a similar ban in place, when in November 2002 a new anti-smoking law came into effect in Thailand, making it illegal to light up in virtually every indoor public place including air-conditioned restaurants and barber shops.

According to the Thailand Tobacco Information Center, the percentage of Thai male smokers has gradually declined from 49 percent in the late 1980s to 39 percent more recently.

Except for Singapore, Hong Kong, Thailand and now Indonesia, Asian countries have some of the world’s weakest tobacco control laws, and according to the World Health Organization says smoking is the single biggest killer globally, accounting for one in three middle-age male deaths.