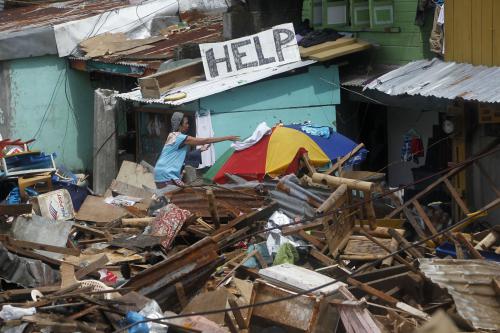 
Israel warns of war from Iran deal, sees big sanctions cut
Reuters / Phuket Gazette
PHUKET: Israeli Prime Minister Benjamin Netanyahu warned on Wednesday that a “bad deal” with Iran on its nuclear programme could lead to war and his aides challenged U.S. assertions to have offered Tehran only “modest” relief from sanctions.

As details emerged of a Western proposal that could let Iran sell oil and gold in return for curbs on its nuclear activities, an Israeli minister said the deal would negate up to 40 percent of the impact of sanctions, reducing pressure on Tehran to halt a programme the West says has a military motive.

Israel, which calculated the value of direct sanctions relief on offer at $15-20 billion, has lobbied hard against any such deal and says the United States, its closest ally, is being misled by overtures of detente coming from Tehran.

Negotiations between Iran and six U.N. powers – the United States, Britain, France, Germany, Russia and China – are scheduled to resume on November 20 with both sides saying they are optimistic following talks at Geneva last weekend.

One source briefed on the discussions told Reuters that Iran was being offered a chance to sell about $3.5 billion of oil over six months as well as $2-3 billion of petrochemicals and $1-2 billion of gold. The source, who criticised the offer, said it would also let Tehran import some $7.5 billion of food and medicine plus $5 billion of other goods currently barred.

Several Western officials involved in the talks said they would not discuss details while negotiations were under way.

Iran says its nuclear programme is peaceful. The United States and the European Union agree with Israel that it is seeking a nuclear bomb and imposed tough oil and financial sanctions last year that have caused serious economic harm.

Addressing Israel’s parliament in Jerusalem, Netanyahu said continued economic pressure on Iran was the best alternative to two other options, which he described as a bad deal and war.

“I would go so far as to say that a bad deal could lead to the second, undesired option,” he said, meaning war.

Israel, believed to be the sole nuclear power in the Middle East, has long warned it could use force to prevent Iran from gaining a nuclear weapon that would threaten the Jewish state, creating tensions with the Obama administration.

Washington says it is important to seek a negotiated solution, especially since Iran elected a relative moderate this year as president, Hassan Rouhani – a man Netanyahu told the United Nations last month was a “wolf in sheep’s clothing”.

U.S. President Barack Obama said last week that a first phase of any deal with Iran would involve “some very modest relief” from sanctions that would be easily reversible.

But Israel says the benefits to Iran would be greater than implied and Tehran would do little to curb its ambitions.

Netanyahu’s point man on Iran policy, Strategic Affairs Minister Yuval Steinitz, said on Wednesday the relief package offered could lower the annual cost of sanctions to Iran by up to $40 billion – out of a total annual cost of $100 billion.

He gave no detail of his calculation and, given secrecy surrounding the Western offer, it could not be verified.

Steinitz said Israel believed the sanctions put in place by the United States and European Union last year cost Iran’s economy around $100 billion per year, or nearly a quarter of its national output.

“The sanctions relief directly will reduce between $15 to $20 billion out of this amount,” Steinitz said at an English-language event hosted by the Jerusalem Press Club.

He also said that the proposed changes would make it more difficult to enforce sanctions overall, and that this could in the end provide a total benefit to Tehran of up to $40 billion.

“The damage to the overall sanctions, we believe, will be something between $20 billion and maybe up to $40 billion,” he said. “This is very significant. It’s not all the sanctions. It’s not the core sanctions about oil exports and the banking system, but it’s very significant relief for the Iranians.”

Asked about the. $20 billion to $40 billion estimate, U.S. State Department spokeswoman Jen Psaki told reporters: “that number, I can assure you, is inaccurate, exaggerated, and not based in reality.”

Other Western officials contacted by Reuters declined to confirm or deny specific figures for the value of the sanctions relief on offer from the six powers and cautioned against revealing the terms of a possible deal at such an early stage.

“There is an offer on the table, and it seems to me that is considerable progress. We can’t give any technical details and the day anything leaks out is the day someone wants the negotiations to fail,” said one Western diplomat.

A European diplomat said details were being withheld on purpose: “A decision was made to keep everything quiet, tightly held,” the diplomat said, “Because there are extreme positions on both sides that could use this to discredit the process and try to derail the negotiations.”

After Obama discussed the negotiations by telephone with French President Francois Hollande, the White House dismissed talk of a rift with Paris. The two leaders were in “full agreement”, it said in a statement, on an offer to Iran that was “a sound step toward assuring the international community that Iran’s nuclear programme is exclusively peaceful”.

In words addressing those who question Iran’s good faith, Hollande’s office said in a statement: “The two heads of state expressed their common will to obtain from Iran guarantees that it is definitively abandoning its military nuclear programme.”

Secretary of State John Kerry warned the U.S. Congress, where some members share Israel’s scepticism on Iran, that any move by the legislature to impose new sanctions could put an end to negotiations and “break them apart”.


Aquino under pressure over typhoon aid
Reuters / Phuket Gazette
PHUKET: Philippine President Benigno Aquino was under growing pressure on Thursday to speed up the distribution of food, water and medicine to desperate survivors of a powerful typhoon and to get paralysed local governments functioning.

Widespread looting of rice stocks and other supplies broke out across the central Philippines on Wednesday despite the deployment of solders to maintain law and order.

While international relief efforts have picked up, many petrol station owners whose businesses were spared have refused to reopen, leaving little fuel for trucks needed to move supplies and medical teams around the devastated areas nearly a week after Typhoon Haiyan struck.

Mayor Alfred Romualdez said worst-hit Tacloban city lacked manpower and vehicles to deliver supplies and to clear bodies off the streets. “We’re on the seventh day and there are still bodies on the road,” he told Reuters.

“It’s scary,” Romualdez said. “There is a request from a community to come and collect bodies, they say it’s five or 10. When we get there it’s 40.” He said bodies were being found frequently in different areas of the city.

He expressed disappointment with the overall relief response. “The choice is to use the same truck either to distribute food or collect bodies.”