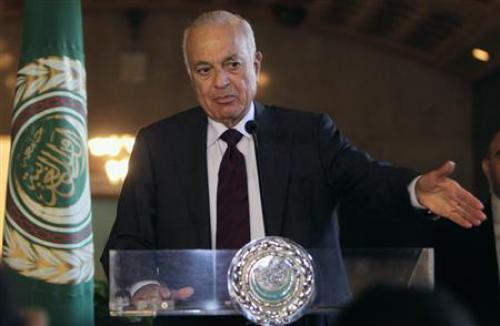 
Gunman in clown suit kills senior Mexican drug cartel member
Reuters / Phuket Gazette
PHUKET: A gunman in a clown costume shot and killed the oldest brother of one of Mexico’s most notorious drug trafficking families in the resort of Los Cabos, authorities said on Saturday.

Francisco Rafael Arellano Felix, 63, a former leader of the Tijuana Cartel, was shot in the head late on Friday at a family gathering in the southern tip of the state of Baja California Sur, a spokesman for state prosecutors said.

“A person dressed as a clown took his life,” he said.

Local media reported that the killer had two accomplices, but this was not yet clear, the spokesman said. The gunman fled the scene.

Arellano Felix spent nearly 15 years behind bars for drug-related offenses after his arrest in Mexico in late 1993. Extradited to the United States in 2006, he was later paroled and walked free on his return to Mexico in early 2008.

Another official working with state prosecutors said Arellano Felix, the oldest of the brothers who headed the gang, was not wanted by authorities at the time of his death.

The possibility that his killer had ties to organized crime was being investigated, the official said.

Led by a large family of brothers and sisters, the Tijuana Cartel was one of the most powerful drug gangs in Mexico until it was gradually weakened by the capture or killing of several its leading members during the previous decade.

Arellano Felix’s younger brothers, Francisco Javier, Benjamin and Eduardo are serving prison sentences in the United States. Another of his brothers, Ramon, was killed in a shootout with police in 2002.

International efforts to end the 2-1/2 year conflict that has killed more than 100,000 people have stuttered. But a deal last month for Syria to get rid of its chemical weapons arsenal rekindled efforts to convene the conference, dubbed “Geneva 2”.

“I discussed the Syria file with Lakhdar Brahimi and it was decided that the Geneva meeting would take place on November 23 and arrangements are being made to prepare for this conference,” Elaraby told reporters in Cairo after a meeting with Brahimi, the international envoy for Syria.

“Of course there are many arrangements and many obstacles and difficulties that have to be overcome,” he added.

But at the same news conference, Brahimi said: “The date has not been officially set.”

A senior Syrian official said last week that the conference was scheduled for November 23-24, but co-organizers Russia and the United States said no date had been set.

Brahimi said he would travel to Qatar, Turkey, Iran and Syria, as well as Geneva, to meet American, Russian and Security Council member officials “after which a final date for the Geneva 2 conference will be announced”.

Iran is Assad’s most important regional backer, and the prospect of a peace conference raises questions over whether it will be invited, something Washington has resisted unless Tehran states publicly it would support a transition government in Syria. That would mean Assad should step down.

Also unclear is who, if anyone, would attend from Syria’s divided opposition coalition.

Najib Ghadbian, the opposition coalition’s U.S. representative, said an important component of the coalition had decided against taking part, but other members of the umbrella group could still decide to go, assuming Assad was not there.

Assad’s government has said it would not consider any deal that required the president to step down.

Brahimi, who earlier said there would be no preconditions to attending the peace talks, said on Sunday the opposition was facing “many problems”.

“A conference will not be convened without a convincing opposition that represents an important part of Syria’s opposition population,” Brahimi said.

A “Friends of Syria” meeting, which will include officials from Western and Gulf Arab countries, is due to take place in London on October 22.


Malaysia’s Najib entrenches power as reform drive fades
Reuters / Phuket Gazette
PHUKET: Internal voting for top posts in Malaysia’s ruling coalition at the weekend have proved Malaysian Prime Minister Najib Razak to be a canny survivor – five months after a poor showing at national elections – but at a cost to his reform agenda.

In May, Najib seemed dead in the water to some observers after presiding over the long-ruling United Malays National Organisation’s (UMNO) worst election result.

The internal UMNO elections, however, confirmed Najib had seen off challenges from rival factions – including the son of influential former prime minister Mahathir Mohamad.

Mukhriz Mahathir, 48, fell just short of snaring one of three vice president positions, all of which went to incumbents backed by Najib. Najib’s allies also retained their dominance of the 25-member UMNO Supreme Council.

Since coming to power in 2009, Najib had eased draconian security laws and pledged to phase out privileges for majority ethnic Malays that have hurt Malaysia’s competitiveness.

Malaysia’s large ethnic Chinese minority and most urban voters largely rejected the UMNO-dominated Barisan Nasional (BN) coalition at the election and Najib has since reversed both policies under pressure from traditionalists.

Despite that, he has not appeased all of his conservative rivals, signalling he will remain under pressure to rein in any reformist instincts. On Friday, Mahathir, 88, launched an outspoken attacks on what he called Najib’s “bad performance”.

Among other barbs, Mahathir said maintaining the status quo in the UMNO hierarchy would hasten the party’s demise after 56 years in power. He also blamed Najib for adding to Malaysia’s debt burden with pre-election handouts, and criticised his economic development programmes for lacking credibility.

“The party finds it unable to reject him simply because there are really no other candidates … the result is they continue to support him despite his poor performance,” Mahathir told Reuters in an exclusive interview.

Najib will present his government’s budget for 2014 on Friday, under pressure from ratings agencies and investors to rein in Malaysia’s high fiscal deficit and debt.

Tilting back to reform?

Mahathir, who argues that UMNO has become too insular and needs to promote new talent, also accused Najib’s government of pandering to the opposition with liberal social reforms before the election and not making good on his latest pledges.

“Most people don’t think he is doing enough. A lot of people comment when he announces things, it is nothing new,” said Mahathir, whose often authoritarian rule spanned 1981 to 2003.