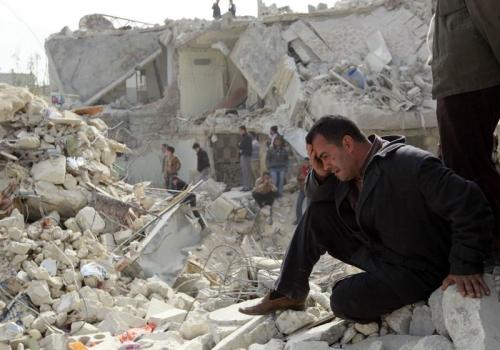 
‘Execution parade’ of four behind Mekong murders angers Chinese
Reuters / Phuket Gazette
PHUKET: An “execution parade” on China’s state television of four foreign men sentenced to death for killing 13 sailors on the Mekong River caused anger in China on Friday, with many people saying it was an unnecessary display of vengeance.

The 2011 murder of the Chinese sailors was one of the deadliest assaults on Chinese nationals overseas in modern times and prompted the government to send gunboat patrols to the region downstream from its border.

Chief suspect Naw Kham, extradited to China by Lao officials in May, was found guilty of the killings of the sailors last year in the “Golden Triangle” region known for drug smuggling, where the borders of Laos, Myanmar and Thailand meet.

Naw Kham, from Myanmar, and the three others were executed by lethal injection in the Chinese city of Kunming, but not before being paraded live on state television, trussed with ropes and shackled in chains, as police led them from the jail to a bus taking them to the place of execution.

The actual execution was not shown.

“Using two hours to broadcast live the process for these criminals facing the death penalty is a violation of Article 252 of the Criminal Procedure Law of the People’s Republic of China,” said prominent human rights lawyer Liu Xiaoyuan.

“This provision says that criminals facing the death penalty cannot be put on public display.”

The broadcast by China Central Television also violated a law by the Supreme People’s Court that a “person’s dignity should never be insulted”, Liu said.

Chinese television used to show such scenes regularly but largely stopped almost two decades ago, though they still crop up occasionally on provincial channels.


Grim jobless, debt figures underscore Italy’s crisis
Reuters / Phuket Gazette
PHUKET: Italy’s unemployment rate has hit a 21-year high and its economy is now smaller than it was in 2001, data showed on Friday, underscoring the challenges the country faces as it struggles to form a government after a deadlocked election.

Joblessness jumped to 11.7 percent in January, and unemployment among 15-24 year-olds rose to 38.7 percent, both the highest figures on records dating back to 1992, statistics agency ISTAT said.

“Italy is in ruins,” said Rahma Aden, 28, who travels into central Rome from the suburbs to do cash-in-hand odd jobs and cleaning work for about 7.50 euros an hour.

“People all around me are losing their jobs… If you have work you hold on to it tight, and keep your mouth closed even if they treat you badly. Otherwise you’ll have your dismissal letter in your hand in an instant.”

Italy has been the most sluggish economy in the European Union for well over a decade. In 2012, real GDP adjusted for inflation was below the level of 2001, meaning that its economy has shrunk overall over the last 11 years.

The weak economy, high taxes and surging unemployment were major issues at national elections on Sunday and Monday in which the anti-establishment 5-Star Movement led by comic Beppe Grillo emerged as Italy’s largest party.

The next government will have to deal with a debt mountain that reached 127 percent of output last year, ISTAT’s data showed, the highest since its historic series began in 1990.

Tough austerity measures introduced by Monti to try to lower the deficit and debt worsened the recession and hit Italians’ purchasing power.

The annual fiscal deficit fell to 3 percent of GDP, above the government’s 2.6 percent target and bang on the ceiling imposed by European Union rules.

This may allow Rome to leave the European Commission’s excessive deficit procedure, which imposes corrective measures on countries that exceed the 3 percent level.

So-called “fiscal pressure” (taxes and welfare contributions as a proportion of GDP), a closely watched indicator in Italy, rose in 2012 to 44.0 percent from 42.6 percent, hitting its highest level since the start of the series in 1990.

High taxes contribute to low consumption levels in Italy and hiring is made difficult by rigid labour laws and high costs for employers.

Monti failed to fully overhaul the rigid labour rules, and vowed in his election campaign to attempt a new reform if he were re-elected.

“I used to have a shop. Once I paid my staff I had nothing left to feed myself. Now, if the police come they’ll chase me away,” said Carlo, 47, who sells second-hand books on the side of the road in Rome and did not want to give his surname.

“Times are hard. I have enough for a drop of wine and a mouthful of bread.”

Most analysts expect the recession, which began in mid-2011, to continue until at least the middle of this year, and see a full-year GDP fall in 2013 of about 1 percent.

Unemployment in the country’s underdeveloped south was higher than the national average, at 18.3 percent in the last quarter of 2013 and 50.5 percent among young people.

Bekin Fisti, 20, moved to Rome from the southern region of Basilicata to find work as a waiter, but said he lost his last job when the restaurant closed. In his previous work he would often wait months for his wages, he said.

“All the friends I have are in the same situation. Only two have work, and they are both abroad, one in Denmark and one in Switzerland,” Fisti told Reuters as he waited for a bus in Rome.

“My mother had to go as far as Genova to find work, and I am here in Rome. Italy has divided us entirely.”

“It’s the most important problem to solve. It’s the future of our young people,” Di Giuseppe said. “The situation is dramatic.”


Scud missile fired in Syria lands near Iraqi village – mayor
Reuters / Phuket Gazette
PHUKET: A Scud missile fired from Syrian territory landed near a village in Iraq’s Nineveh province on Friday, causing no damage but terrifying its inhabitants who fled, the mayor said, identifying the rocket as Russian-made.

The conflict in neighbouring Syria has previously spilled over the border into Iraq. In September, a five-year-old girl was killed when three rockets struck a border town in the al Qaim area.

“A Russian-made Scud landed near the village of Yoush Tapa, 3 km from the Iraqi-Syrian border between Telafar and Baaj,” said Abdul Aal Abbas, the mayor of Telafar.

“There were no casualties or damage, but it created fear among the Turkuman population of that village and they fled their houses”.

Iraq’s precarious sectarian and ethnic balance has already come under strain from the conflict nextdoor, where mainly Sunni Muslim insurgents are fighting to overthrow a ruler b