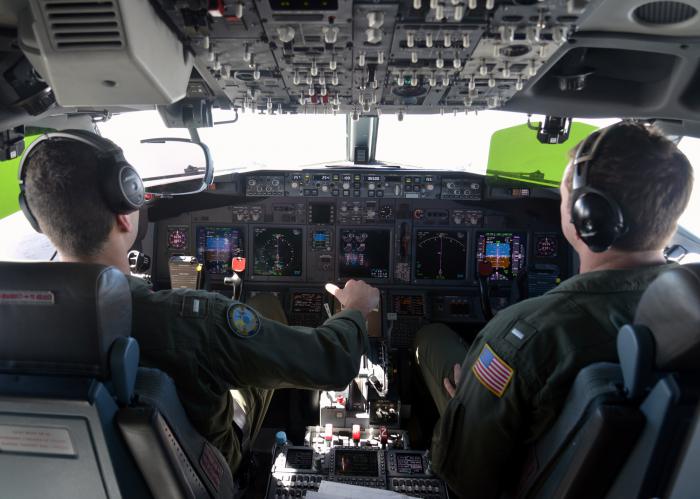 PHUKET: If two blurred objects photographed from space are confirmed as debris from Flight MH370, scientists will still face a daunting task to find and recover the sensitive recorders containing clues to the Malaysian jet’s disappearance.

With so little known about why the Beijing-bound Malaysia Airlines flight changed course and disappeared after leaving Kuala Lumpur on March 8, finding the ‘black boxes’ is seen as the only real hope of understanding what happened to the plane and the 239 people on board.

Australian Prime Minister Tony Abbott on Thursday said objects possibly belonging to the plane had been discovered in the Indian Ocean. The area is around 2,500 km (1,500 miles) southwest of Perth, above a volcanic ridge in waters estimated to be 2,500 to 4,000 metres (8,200 to 13,120 feet) deep.

It roughly corresponds to the far end of a southern track the aircraft could have taken after investigators suspect it was deliberately diverted.

“It can be incredibly rough and difficult. It can be very windy with strong currents, though it can equally be calm,” said David Gallo, director of special projects at the Woods Hole Oceanographic Institution (WHOI) in Falmouth, Massachusetts, referring to the general area where the objects were seen.

Flight MH370’s disappearance has been compared to the 2009 Air France jet disaster, which puzzled investigators until a mission led by WHOI found the black boxes in 3,900 metres (12,800 feet) of water.

But whereas investigators knew roughly where Flight AF447 had hit the Atlantic Ocean on a stormy night in June 2009, search crews know much less about where the Malaysian jet ended up, including whether or where it ran out of fuel.

“If it is confirmed as debris, then the first priority is to recover and record each piece and see how high or low it is sitting in the water. This may help indicate how it has been moved by currents and winds,” said Gallo, who took part in the Air France search.

Debris could have moved

The immediate problem will be to find the debris, which may have moved since the satellite images were taken on March 16.

It could take several days to verify the satellite lead, a source close to the investigation said. Military aircraft from Australia, the United States and New Zealand have so far found nothing during a search hampered by strong winds and rain. Neither has a merchant ship in the area.

If the objects – the biggest measures up to 24 metres (79 feet) – are from the Boeing 777, recovery teams will work as quickly as possible to locate the rest of the wreckage in the hope it leads them to the data and cockpit voice recorders.

To do this, scientists have developed computer models to effectively play waves and winds backwards, allowing rescue workers to retrace the movements of debris to the site of a crash.

“There are sophisticated models that allow you to work backwards from the current position of each piece of debris, after considering the currents and the winds and so on,” said Gallo.

“That enables you to say X marks the spot on the surface.”

Investigators hope such recent developments in oceanography will help shed light on the baffling disappearance of Flight MH370.

But not all experts agree computer simulations will easily replace the gruelling routine of searching from the air and the sea.

Although research has continued since the Air France jet ploughed into the Atlantic, a detailed annex to the report on that disaster, which was blamed mainly on pilot error, raised questions in 2012 over the consistency of such “retro-drift” calculations.

For example, when the French Navy dropped special buoys at the same spot a year after the crash they scattered hundreds of miles apart, highlighting the turbulence of ocean currents.

If the report of suspected debris is confirmed, naval vessels will also drag a sonar through the water to seek the black boxes through radio beacons, but time for this is running out.

The black boxes are designed to have a battery life of at least 30 days, leaving possibly only 17 days to locate them before the signals die.

But for every knot, or nautical mile per hour, of current in the rough waters of the southern Indian Ocean, an object could theoretically float for 312 miles (500 km) in 13 days, the time the Malaysian plane has been missing.

That could present investigators with a much larger potential search area than the 40-mile radius for AF447.

In 2012, France’s BEA air crash investigation agency recommended in its report on the Air France disaster that the battery life on locator beacons be increased to 90 days.

Although this has been backed by global regulators, it will not become mandatory until towards the end of the decade.

Other proposals that could potentially make it easier to find MH370 remain bogged down in talks between regulators and the aviation industry, with no timetable for putting them into effect, Reuters reported last week.

These include adding a new frequency for the beacons so that their signals travel further and can more easily be heard by military ships lacking specialist air crash recovery equipment.

To close this gap, search teams would bring in boats capable of carrying several miles of cables to drag sonars at lower depths, but experts note moving them into place can take time.

If by the end of 30 days nothing is found, the search could rely on remote underwater vehicles to scour the seabed.

“It was the biggest use of deep-ocean firepower in one spot,” Gallo said.