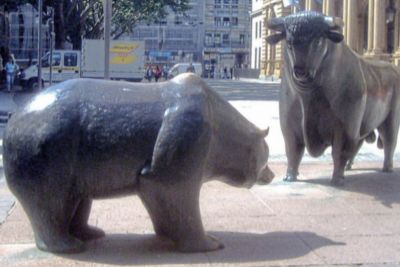 The numbers well exceed overall expectations, dropping the national unemployment rate from 8.5 percent to 8.3 percent, the lowest since February 2009.

“January’s job growth was the strongest in nine months,” U.S. Secretary of Labor Hilda L. Solis said, noting that the national unemployment rate has fallen by 0.8 percent in the last five months as employment gains have remained constant.

She added that the growth in jobs is seen across almost every industry. “More products are rolling off the assembly line marked ‘Made in the USA.’,” she said.

Tens of thousands rally across Russia for fair elections

PHUKET (News Wires): Tens of thousands of Russians on yesterday participated in rallies across the country, both for and against Prime Minister Vladimir Putin, local news agencies reported.

Protesters gathered in downtown Moscow to express their opposition to Putin’s expected return to the Kremlin next month, despite the Artic-like cold that has gripped the capital. The protests came exactly a month before the March 4 presidential polls.

A crowd, estimated at approximately 120,000 by organizers, but given as a about 35,000 by police, chanted “Russia without Putin!” People of all ages and political affiliations protested against Putin, who was barred by the Constitution from standing for a third consecutive term in 2008 and handed over power to his hand-picked successor Dmitry Medvedev.

Rallies also took place in about 30 other Russian cities. Police estimated that 5,000 people rallied against Putin in St. Petersburg, but local organizers put the number at more than 20,000.

Opposition figurehead Alexei Navalny, the man who instigated the current protests, attended the rally but did not speak. No arrests were reported on Saturday amid a heavy police presence, RIA Novosti reported.

PHUKET (News Wires): Syrian security forces have killed more than 200 people in the city of Homs, opposition groups claimed yesterday. The killings occurred on the thirtieth anniversary of the Hama massacre which left thousands dead.

The opposition Syrian National Council (SNC) said at least 260 civilians were killed after government forces bombarded the city. However, Syrian state-run media denied the accusations, saying the reports were part of a media campaign to cover “the crimes and aggressions of the armed terrorist groups in Syria.”

“During the attack, residential buildings and homes were randomly and heavily bombed,” the SNC said. An activist identified as Danny said the assault on Homs started after a few dozen members of the Syrian army defected and fled to another part of the city.

“The civilians went down to welcome (the defectors) to thank them for their bravery,” Danny said, as quoted by CNN. “When the army found out, it started randomly bombarding with tank shells, mortar bombs. It’s like they’re killing animals.”

For its part, the Syrian Arab News Agency (SABA) said the reports were part of “the ongoing distortion, falsification and instigation media campaigns by some satellite channels.”

“Such campaigns are viewed by many observers and analysts as a sinister bid to negatively affect the ongoing UN Security Council discussions about Syria,” it added.

“Thirty years after his father massacred tens of thousands of innocent Syrian men, women, and children in Hama, Bashar al-Assad has demonstrated a similar disdain for human life and dignity,” Obama said.

“Assad must halt his campaign of killing and crimes against his own people now,” he added in a statement released by the White House. “He must step aside and allow a democratic transition to proceed immediately.”

According to the most recent figures released by the United Nations in January, at least 5,400 people have been killed as a result of violence during the uprising. Syrian human rights and opposition activists say the figure has since surpassed 7,000 and includes hundreds of children.

PHUKET (News Wires): The United Nations-backed tribunal in Cambodia has increased the sentence of a former Khmer Rouge jailer to life in prison, the Phnom Penh Post reported on Friday.

Kaing Guek Eav, commonly known by his alias ‘Duch’, had appealed to reduce his 35-year sentence which he was given in 2010, although he was slated to serve only about 19 years behind bars. Instead, the prison chief at the notorious S-21 detention facility had his jail sentence increased to life.

The 69-year-old was found guilty of war crimes, crimes against humanity, and torture. He pleaded guilty and asked for forgiveness, arguing that he was just following the orders of senior leaders.

He added that the “particularly shocking and heinous character” of his crimes over an “extended period of time … undoubtedly place this case among the gravest before international criminal tribunals.”

The court ruled that Duch has served 12 years and 269 days of his sentence so far, including time he was illegally detained by the Cambodian Military Court from May 1999, as his detention there was for “broadly similar” reasons as his ultimate conviction. The ruling signals the conclusion of the tribunal’s landmark first case.