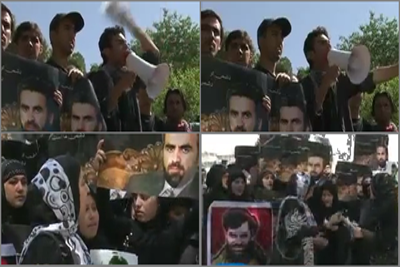 PHUKET: A suicide bombing which injured five people in southern Afghanistan earlier this week was carried out by a child, the Australian Department of Defense said yesterday. The Taliban previously claimed responsibility for the attack.

The attack took place in the Chora District of Uruzgan province at around 2 pm local time on Monday as coalition service members were returning to a nearby patrol base following a Shura (consultation) with local community leaders. The suicide bombing wounded an Australian Agency for International Development (AusAID) civilian, three coalition soldiers and an Afghan child.

Lieutenant General Ash Power, Chief of Joint Operations of the Australian Army, said the suicide bomber is believed to have been a child. “The deliberate use of children as suicide attackers in Afghanistan contravenes every law and has been universally condemned by ISAF, the Afghan Government, the United Nations and independent human rights groups yet the Taliban continue to act with little regard to rights of children and civilians,” he said.

It was not immediately clear how old the child suicide bomber was, but the attack comes after the recent detention of two would-be child suicide attackers in the Mirabad district of Helmand province. “Our focus is on ensuring the children of Afghanistan have a future – the Taliban is intent on taking that future from them through these callous acts,” Power said.

Taliban spokesman Qari Yousuf Ahmadi previously claimed responsibility and said the attack was carried out by a resident identified as Abdur Rafi, although he did not indicate it was a child who had carried out the bombing.

“The attack took place when dozens of ISAF troops had gathered around their tanks after having lunch in the house of a local puppet official near the district center when a martyrdom-seeking Mujahid (Muslim fighter) of Islamic Emirate (Taliban) detonated his explosives vest in their midst,” he said on Monday.

The Taliban spokesman said Monday’s attack was carried out to avenge the acts by U.S. soldier Robert Bales, who allegedly went on a shooting spree in Kandahar province earlier this month, killing seventeen civilians as they slept in their homes. Several others were injured in the attack, which the Taliban condemned as an ‘act of genocide.’

“Local Mujahideen (Taliban) leaders say that this operation was carried out to avenge the 17 martyrs of Zangawat (Kandahar) who were brutally shot and then some burnt by the cowardly American terrorists in a night-time massacre a few days ago,” the Taliban spokesman said on Monday.

In late July 2011, an 8-year-old Afghan boy was seriously injured when he was told by a suspected Taliban insurgent to step on an improvised explosive device (IED) in the Zhari District of Kandahar province. The boy was forced to have an amputation of the right leg below the knee and suffered a femur fracture.

The incident came just days after suspected members of the Taliban kidnapped an 8-year-old boy in the Greshk district of Helmand province. He was later hanged after his father, a local police commander, did not surrender as the Taliban had demanded.

And in May 2011, four civilians were killed and 12 others were injured when a 12-year-old suicide bomber blew himself up at a crowded market in eastern Afghanistan.

PHUKET: A JetBlue captain was locked out of his plane’s cockpit on Tuesday after he apparently suffered a mental breakdown during the flight, forcing the co-pilot to take over command as passengers wrestled the captain to the ground, officials and passengers said.

The incident happened aboard JetBlue flight 191 which departed New York’s John F. Kennedy (JFK) Airport at approximately 7:28 am ET on Tuesday on a scheduled flight to McCarran International Airport in Las Vegas. The aircraft was carrying 135 passengers and six crew members, including one who was off-duty.

Passengers told media outlets that the captain cursed at passengers and mentioned countries such as Israel, Iran and Iraq. As he attempted to get back into the cockpit, he also screamed to immediately land the plane, claiming that al-Qaeda had planted a bomb on board the aircraft.

“The pilot ran to the cockpit door, began banging on it and said something to the effect of, ‘We’ve gotta pull the throttle back. We’ve gotta get this plane down,'” passenger Laurie Dhue told CNN. “At that point, the two flight attendants tried to subdue him, and then seemingly out of nowhere, about six or seven large guys stormed to the front of the plane and wrestled the captain of the plane down to the ground and had him subdued in a matter of moments. It was really like something out of a movie.”

After the passengers subdued the captain, who was identified as Clayton Osbon, the co-pilot declared a medical emergency and diverted to Amarillo Rick Husband International Airport in Texas. “Another Captain, traveling off duty, entered the flight deck prior to landing at Amarillo, and took over the duties of the ill crew member once on the ground,” a JetBlue spokesperson said in a statement.

The aircraft landed in Amarillo at approximately 10:11 a.m. CT, after which Osbon was removed from the aircraft and taken by ambulance to a local medical facility. JetBlue on Wednesday said Osbon, who has worked for the airline for twelve years, has been suspended pending further investigation.

The medical condition of the captain was not immediately known, but CBS News quoted an unidentified source as saying that Osbon is undergoing 2 to 3 days of psychiatric evaluation at an Amarillo hospital. “Out of respect for the individual, we won’t be reporting on his situation,” airline spokeswoman Jenny Dervin said.

The Federal Bureau of Investigation (FBI), the FAA, the Transportation Security Administration (TSA) and local law enforcement are investigating the incident. If Osbon is charged, it would be the first time that a captain has ever been charged with interfering with his own flight.

PHUKET: The jackpot for Friday’s Mega Millions drawing increased to US$500 million on Wednesday, making it the world’s largest jackpot ever in lottery history. The previous biggest-ever jackpot prize was US$390 million in March 2007.

Although several people won prizes of up to US$