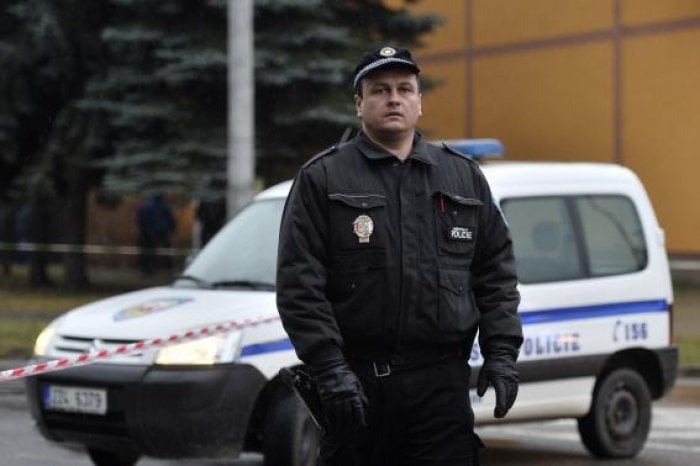 PHUKET:A local man shot dead eight people in a restaurant in an eastern Czech town on Tuesday and then killed himself, in the worst peacetime shooting in the country’s history, officials said.

The interior minister said the attack was done by an “insane murderer” and was not an act of terrorism.

The attacker called a national television channel before he started the shooting, a reporter who took the call told Reuters.

“He said he was being bullied, no public institutions would help him, and that he had a gun and hostages and that he would deal with it his own way,” said Pavel Lebduska, head of regional broadcasting at Prima channel.

He said the man had given his name but the station would not reveal it for the time being. He alerted the police immediately.

The man fired about 25 rounds as people were eating lunch in the Druzba (Friendship) restaurant in a residential district of Uhersky Brod, a normally quiet town 300 km (180 miles) southeast of Prague. A woman wounded in the shooting was taken to hospital.

The restaurant’s owner, Pavel Karlik, said the man had walked in and started shooting with a handgun.

“I immediately ran out through the back door, along with other guests who then called ambulance and police,” he told news website www.idnes.cz.

Interior Minister Milan Chovanec said: “We can say this was not a terrorist act,” adding that the attacker was a local man who was at least 60 years old.

Mass shootings are very rare in the Czech Republic, a country of 10.5 million. National police chief Tomas Tuhy said the incident was the worst on record.

Uhersky Brod is a town of 17,000 in the Moravia region, near the border with Slovakia.

Prime Minister Bohuslav Sobotka said in a statement: “I am shocked by the tragic attack that happened today in Uhersky Brod. I would like to express my deepest sorrow and condolences to the families and relatives of the victims.”