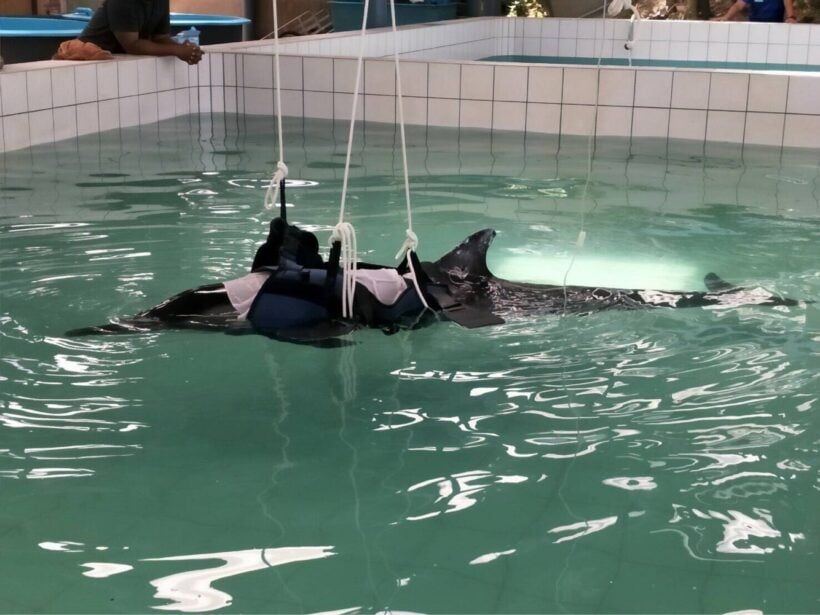 The striped dolphin that was washed up on Kamala beach last week, died yesterday (June 11) while the sperm whale which was found at Coconut Island is reported to have died of ‘natural causes’.

Veterinarians at the Phuket Marine Endangered Species Unit say, “The dolphin had a blood infection. We  tried to help the dolphin to the best of our ability. We didn’t find anything inside the dolphin but the dolphin’s spleen and stomach were found inflamed. These are normal symptoms from trauma.

“The dead sperm whale which was washed up on the beach at Coconut Island last week also had a blood infection.”

We’ve been contacted by an expert in the area of local sea mammals and provide the following information… “Please be aware that the whale that died Monday is Kogia sima, common name Dwarf Sperm. It is also referred to as Pigmy Sperm, but It is very very different from Physeter macrocephalus, common name Sperm whale. (bodysurfNaiHarn)

Thaiger World Cup wall chart – print it out, pin it up, fill it in

Slow loris found on the side of the road in Krabi