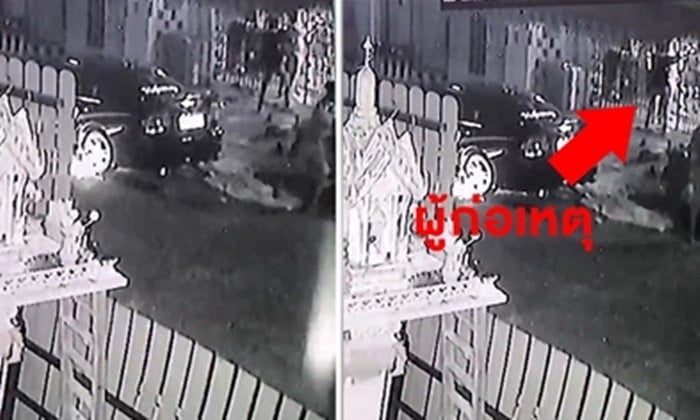 A black Pajero with several people inside had arrived at a rented property in the Rangsiri estate in Muang district, Phuket.

A man got out and asked for “Sin”. 30 year old Sinchai was shot then fled inside the house.

The shooter followed holding a 11mm gun and shot him twice more in the chest. Sinchai was pronounced dead in Vachira Hospital Phuket.

28 year old Jakraphan was also hit by a stray bullet and is in a serious condition in the same hospital under police guard.

Pol Maj Gen Theeraphan Thipcharoen says the shooter had argued with the deceased over a 20,000 baht motorcycle.

Sinchai had paid only some of the debt and had given no indication that he would pay the rest, according to the investigation.

Documents are being prepared for an arrest warrant with the shooter believed to be a man from Udon Thani who has just come out of jail where he was held on drugs offences.

Police claim that the others in the car may not have known what was about to happen at the housing estate based on their initial investigations.