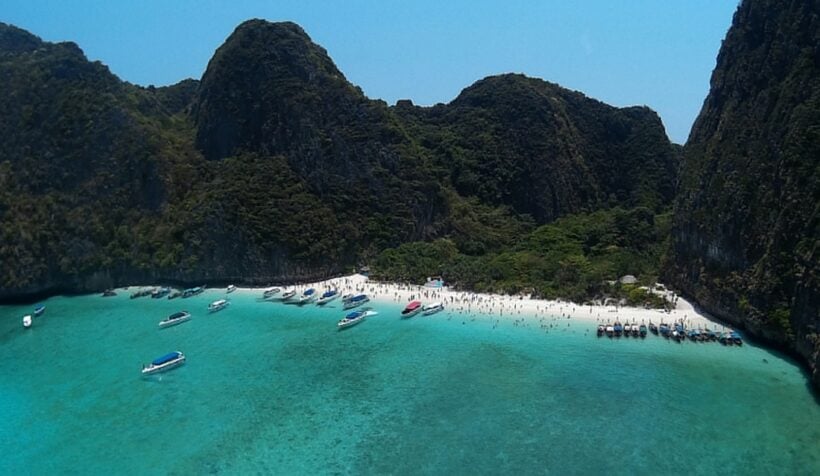 An initial survey by a leading marine scientist found that most residents supported the closure of the popular Maya Bay in Krabi after more than 80% of coral reefs in the area were damaged.

Thon Thamrongnawasawat, deputy dean of the Fishery Faculty at Kasetsart University, said his team was compiling results from an opinion survey of more than 300 local people and tourism operators in Krabi.

He said most people agreed with the proposal to close Maya Bay to tourism from June to October to allow nature start to heal the damage.

The official results of the survey will be sent to the National Park, Wildlife and Plant Conservation Department to back the proposal to temporarily close the bay to tourism.

Thon was speaking to reporters as his team and officials from Haad Nopparat Thara Mu Koh Phi Phi National Park were surveying Maya and Pileh bays. He said the coral reefs at the two bays had suffered 80% mortality, apparently because more than 200 boats carrying about 4,000 tourists visit the two bays each day.

The massive number of tourists had contaminated the sea in the area with residues that covered corals, which killed them, Thon added.

UPDATE: Police in Phuket say the man was shot over money owed on a motorbike