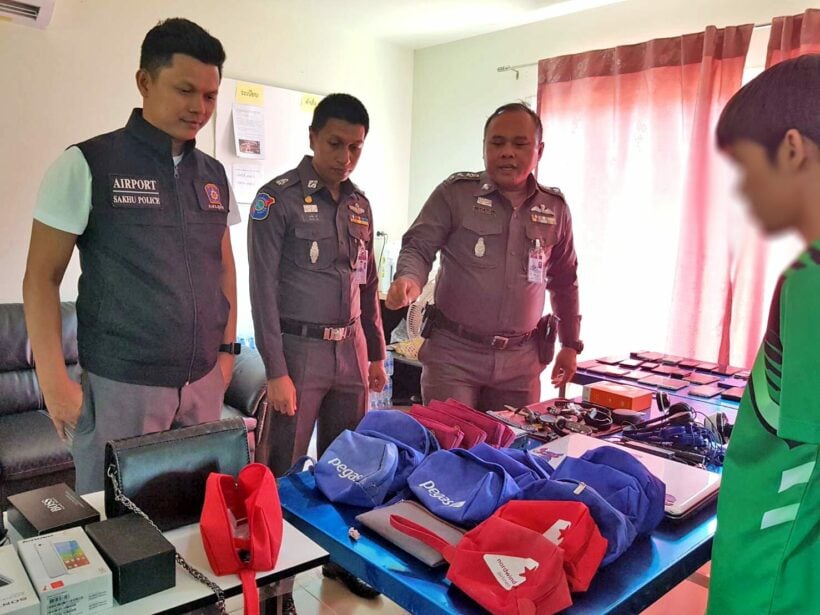 The three men that were arrested earlier include 30 year old Manote Nakpojit and 29 year old Nirut Saksri who admitted the thefts, while another one, 23 year old Chakrit Chanprasert only admitted that he bought the valuables from the other two men.

Kwanchai was arrested with a list of valuables he stole from the cargo along with electronic cigarettes and amphetamines. He has been sent to Thachatchai Police station to assist police with their investigations, together with the other three.

“We have done random checks continuously on baggage handlers but it was quite difficult because some valuables are small and sometimes the passengers were not sure if they lost it somewhere else,” said Saku Police Station Superintendent.

“To charge them with theft requires the investigation process to have been completed. From now on, we will organise more strict checks on the baggage handlers and will schedule a meeting with the staff as well as the business operators at the airport to inform them about the punishments and impact on Phuket’s tourism image.

“The airlines have been invited to visit Saku Police Station to check for their passengers’ missing valuables.” 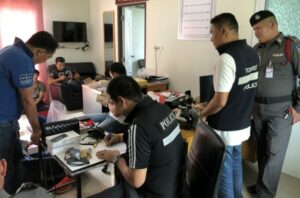 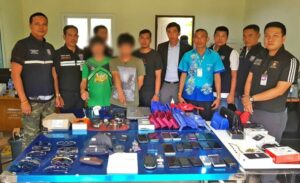