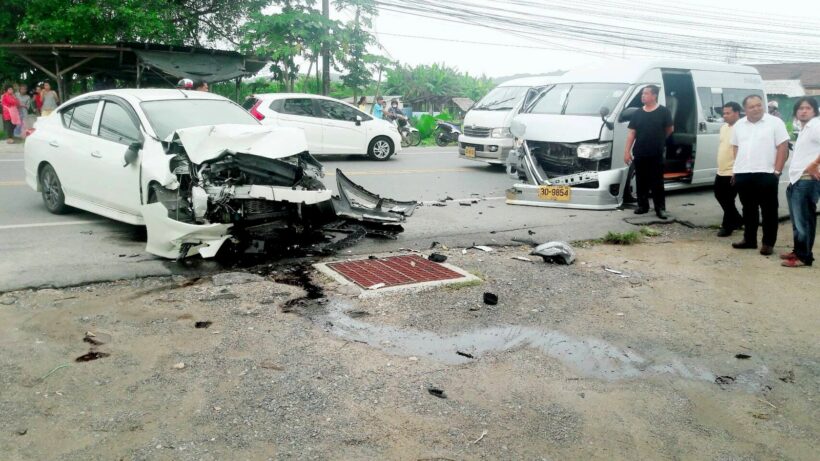 A car driven by a Ukrainian man, Artem Chidoko, was travelling, allegedly at high speed, from Cherngtalay towards Phuket International Airport when he lost control while taking a curve on the road. He crashed into a van driving on the other side of the road in the opposite direction about 2pm yesterday afternoon (Sunday).

He was driving with two passengers, 67 year old Lucia Chamilukina and 68 year old Lilia Mavrikova when the crash occurs in front of a gas station at the Baan Don – Cherngtalay Road.

At the scene, Thalang police found the van, driven by 33 year old Teerasak Boonrod, severely damaged and nearby was the white Nissan car which was driven by Artem. The Ukranian’s two passengers were critically injured in the crash and rescue workers attempted CPR and first aid on the scene before sending them to Thalang Hospital.

However, the two died after arrival at the hospital. 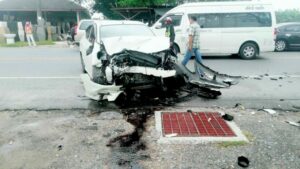 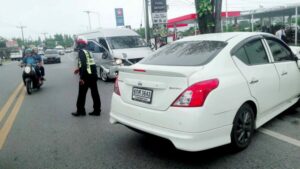