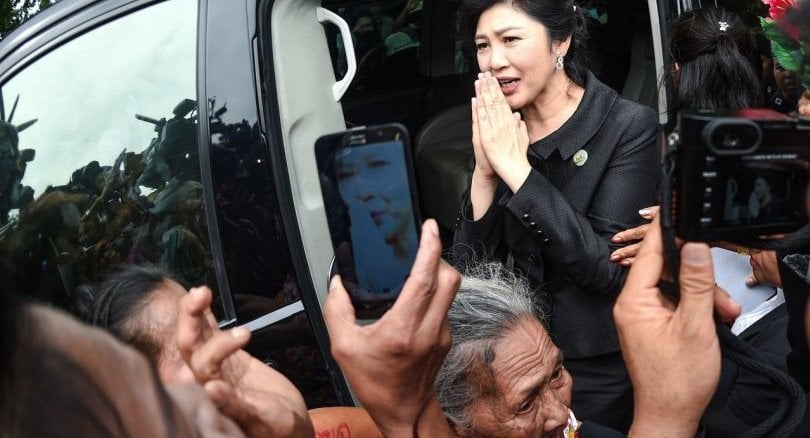 The fugitive politician was convicted of negligence in preventing corruption and irregularities in her government’s rice-pledging scheme prior to the 2014 coup.

The Supreme Court’s Criminal Division for Political Office Holders ruled that Yingluck had acknowledged the illegality of government-to-government rice deals but refused to cancel a contract with a Chinese state enterprise.

The court ruled that the deal involved ill-gotten gains and the dishonest discharge of official duties.

“The defendant was found guilty of the alleged offences under Section 157 of the Criminal Code and Section 123/1 of the Organic Act on Counter Corruption 1999 and was sentenced to five years’ imprisonment,” a statement from the court read.

The court will issue another arrest warrant against Yingluck, after an initial warrant was issued when she failed to appear before the court on August 25, when the verdict was originally scheduled to be read.

The court’s statement said both the defendant and prosecution had the right to appeal on the grounds of both legal procedures and evidence to the Supreme Court within 30 days, according to the new 2017 Constitution.

The nine-judge panel started reading the verdict at 11.15am and finished at 3pm.

Don’t hold your breath! Unless it’s for a good cause.