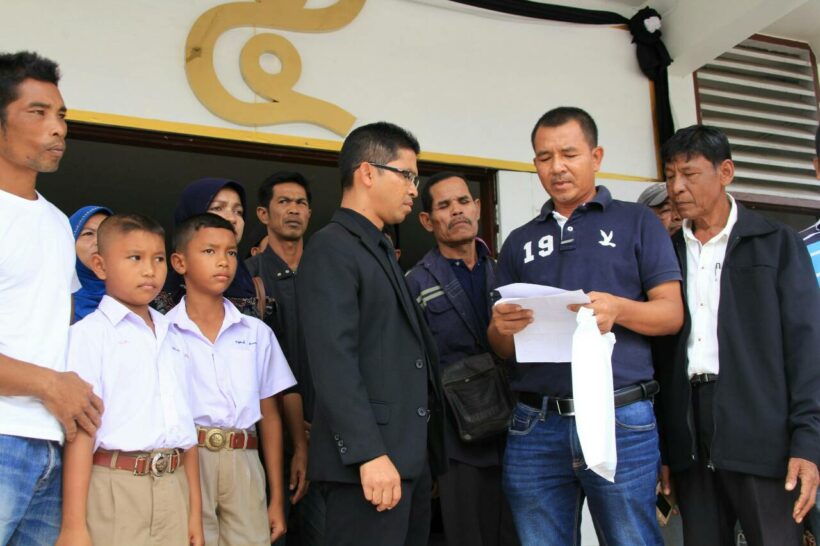 Baan Bomuang School Director, Opat Kongpakdee, is to be investigated and possibly sacked from the school after harming 2 students.

Anusorn Samart and Rittidech Mas-Osot, two students from grade 5, were accompanied by their parents and village chief, Sittichai Bomuang, to Krabi Damrongtham Center to complain about the case.

The students were found with bruises on their heads which they say comes from the director who slapped them.

“The director has been in this position for years and it is not the first time people complained regarding his bad behavior. He is rude and looks down on local people. Also, he never spent the school budget transparently and does ‘overseas field trips’ every year using the school budget,” claimed the village chief.

“On September 6, when I heard about the attack, I gathered 100 names of the villagers to file a complaint to the Damrongtham Center asking them to set a committee to investigate the director and if he’s guilty, we will demand for him to be expelled from the school within 24 hours,” he explained.

Anusorn, one of the students, says that he was playing with his friends and was called to meet with the director. The director then shouted at him and slapped him on the back of the head and on the forehead, leaving bruises so he told his parents after school about the incident.

Villagers also claimed that there are more students who get abused by the director and it happens often but no one dares to do anything about the situation. Some parents have stopped sending their children to this school to avoid the problem.

Damrongtham Center Chief, Sompong Rattana, says that he will coordinate with the Primary Educational Service Office of Krabi area, which will investigate and decide about the incident.

Meanwhile, the director relayed a different side of the story, saying the two students were fighting and he tried to separate them. He hit each of them on their shoulder before they separated. He’s denying what the students are claiming and added that the parents of the two children were called to meet and they all have an agreement. 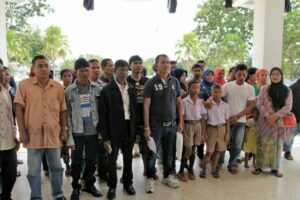