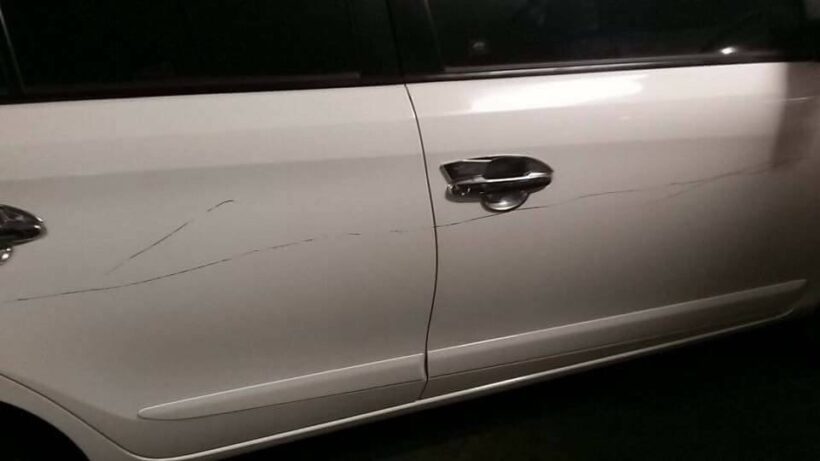 A Facebook user named Jingabell Thunramon posted pictures of two cars with a long scratch, one of them had a handwritten note saying ‘Thank you for parking right at P1 VIP’.

The Facebook user described that the first car belongs to her friend who parked on the 5th floor of the parking building. The car was scratched on the day before another car parked there and got scratched with a warning sign.

“This is a public parking with no sign mentioning that it’s owned by someone. You have no right to scratch anyone’s car, what kind of family raised you making you destroy other people’s assets. The cars were parked at the same spot, on the 5th floor which is connected to the walkway to check-in building.

“My friend’s car was scratched and today, there’s another car which got scratched, too, with a handwritten note saying it is a VIP parking spot. Where is the sign mentioning about that? Is this the land of the mafia? Did you buy the parking just for yourself?

“My friend also paid to park there. The CCTV cameras are often broken, or not able to capture the incident or got its data deleted. Though we have a police report with us, they won’t let us see the footage. Whoever park there, please be careful. They destroy the car like it’s worth 20 Baht. If we manage to catch that person, we shall scratch that person’s car back and see how it feels like. Now it’s April 20 at 18.22, the note is still there.”

She also mentioned that the owner of the white car asked to check the CCTV camera and found that a pipe hid the scene from the camera.

The Superintendent of Saku Police Station, Pol Col Kitipong Klaikaew, said that one person reported about the case so far and police are checking the CCTV camera footage in the area. 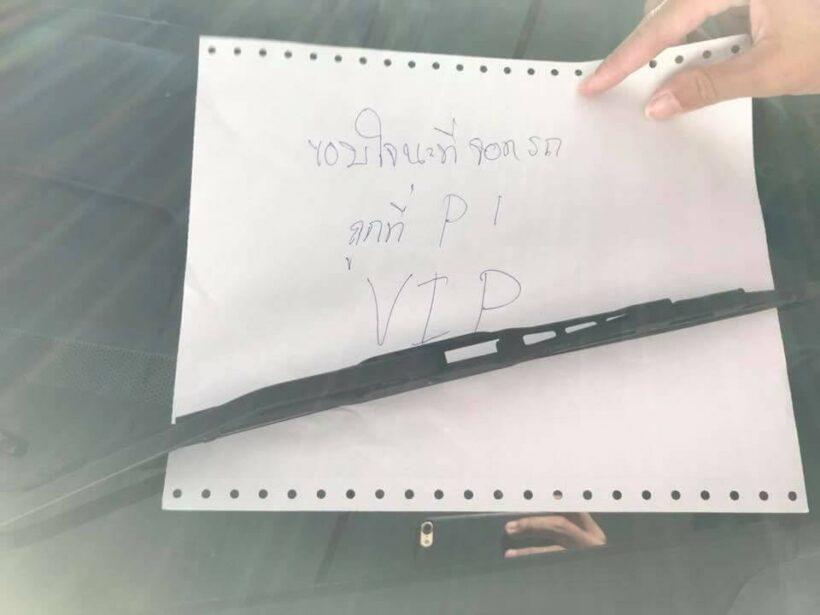