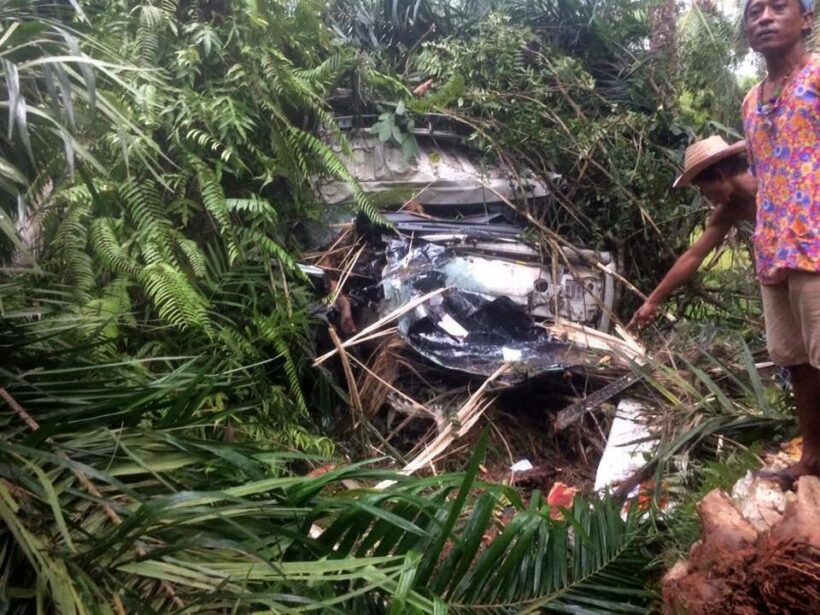 A drive was killed after his 18 wheel trailer truck went off the road and crashed into a palm tree in Surat Thani’s Phra Saeng district early Wednesday, police said.

The truck driver was identified as 44 year old Eng Muangkaew.

Police said the driver was killed behind the wheel after the trailer cab, which was loaded with minerals, was crushed in the collision.

Witnesses told police they saw a motorcycle cut into the front of the truck, causing the driver to try to stop, but the momentum caused the truck to hit the rear of a pickup in front of it before crashing into the tree. 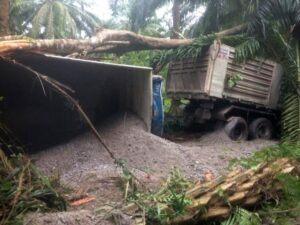