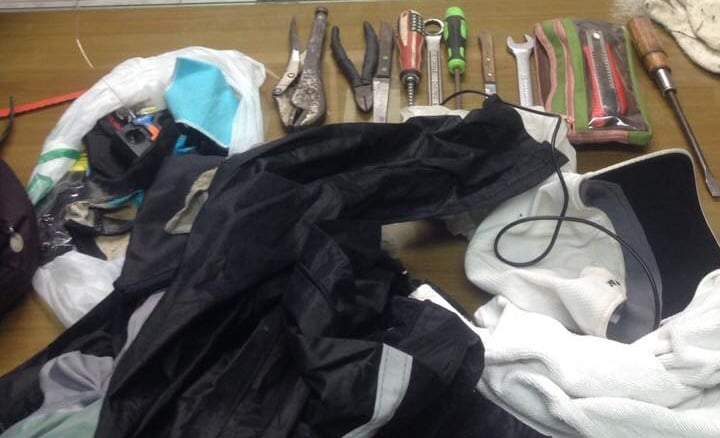 At 1 am this morning Chalong police received a report about a robbery in Aek Anda Village in Soi Anusorn and managed to catch 27 year old Aed Bangjak, who lives in Rawai. He was carrying a sack with him at the time. Inside the sack police found aluminium parts, a set of screwdrivers and other robbery equipment.

Aed confessed that he was riding from home and saw a speedboat named Atitaya 5451-00086 cradled and thought that there would be valuables inside, so he broke into the boat, started to break open the aluminium boxes in the boat before heading to Soi Anusorn.

On the way, he also saw a Toyota pick-up truck. He opened the canvas that covers the truck and found some aluminum parts for stage building. He was spotted by some neighbors around the village and was reported. He saw the patrol police and fled before the police brought more officers to search for him and finally caught him.

He also confessed that he stole some water metres in front of people’s houses 4 or 5 times before. 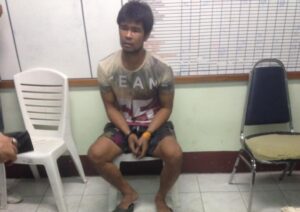 Toon ploughs on in 8 degree temperatures