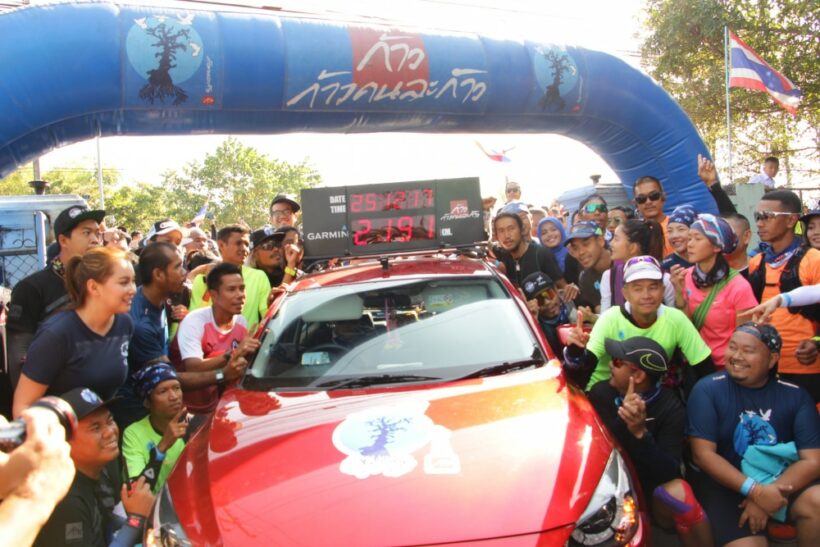 Toon and his support team are expected to arrive at around 9pm at the border crossing at the end of Phahon Yothin Road in Chiang Rai’s Mae Sai district, more than 2,100 kilometres distant from their starting point in Yala on the Malaysian border. Toon has raised more than 1 billion baht for 11 public hospitals, well beyond his goal of 700 million baht.

His final day, Day 55 of the run, began from Chiang Rai Highway District at 2.30 am, with many people waiting along the route to hand him donations.

Toon kicked off the epic charity run from Yala in Thailand’s deep south on November 1. 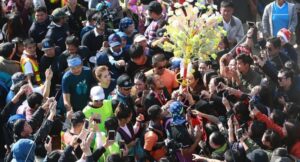