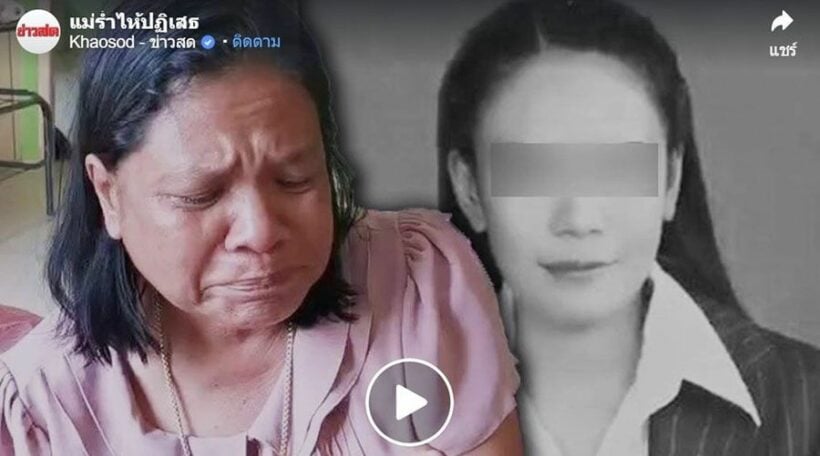 A 54 year old woman, named by police as Prateep Chindawong, has been arrested for the murder of her 29 year old daughter in the southern province of Nakhon Si Thammarat. Police say Chonthicha Jindawong was stabbed to death with a screwdriver.

Thai media reports say the accused had claimed her house was broken into and that the intruder killed her daughter as the young woman cried for help. The murder took place on April 11, with police working on the case since, trying to gather enough evidence to justify an arrest warrant.

Their suspicions were initially aroused when they discovered the window appeared to have been opened from the inside. One of the officers says this was done to give the impression someone had broken in.

“This must be done by someone who wanted to claim that an intruder broke into the house and killed her daughter.”

The murder is reportedly the result of a family dispute over the inheritance of a plot of land. Yesterday, the provincial court issued an arrest warrant for Prateep who is now in custody, charged with murder.