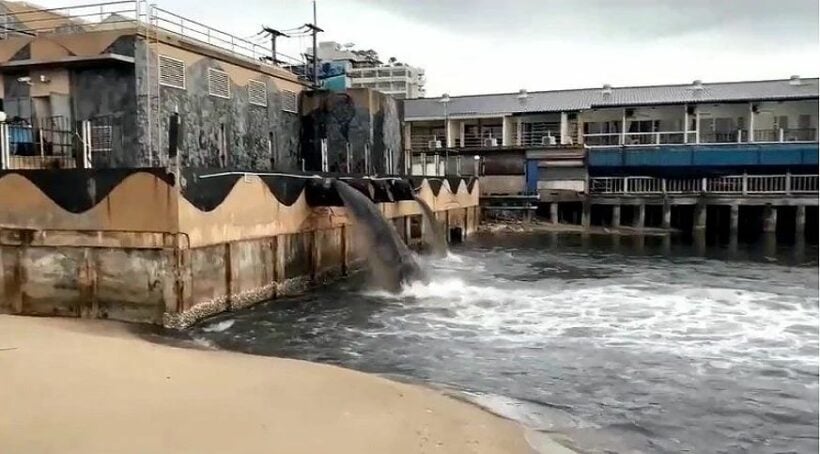 With Pattaya’s beaches reopening this week, for the first time since they were closed in March, there is still concern about what the City’s officials are pumping into the Gulf of Thailand off the Pattaya coast. Last Monday, filthy black water was seen gushing into the Gulf of Thailand right next to Pattaya’s famous Walking Street. The video, from the ‘We Love Pattaya’ Facebook page showed filthy water pouring into the sea from a pumping station near the entrance.

Pattaya’s mayor tried to explain away the video, saying it wasn’t sewage but muddy storm runoff, intentionally released into the sea rather than remain on the streets to flood homes and businesses.

“All wastewater is sent via different pipes to sewage treatment plants.”

“Usually storm runoff is channelled through filters to remove trash and debris, but in times of heavy rainfall, the system can’t keep up and water backs up and floods homes. In that case city engineers have the option to open filter gates and allow rainwater to run directly into the sea.”

He insisted the dark colour of the water was sand and sediment, and not sewage. 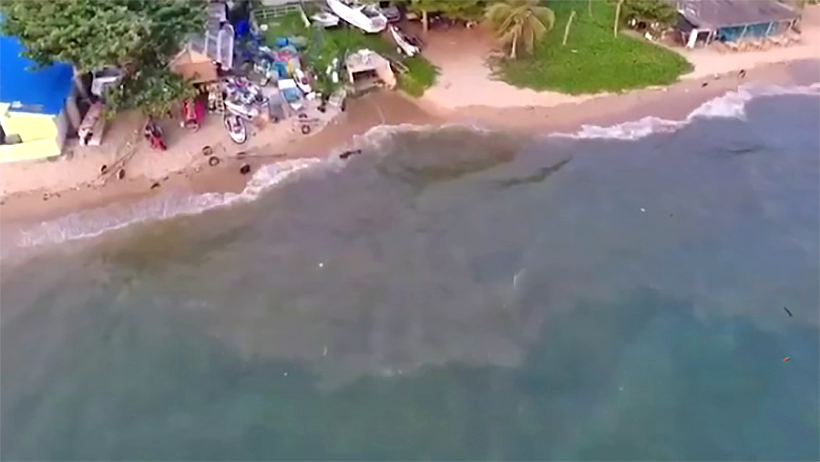 But in late May, tourists were warned not to swim in Pattaya, especially off the Na Chom Thian beach, after the coastal waters in the area turned black and emitted a foul smell, reportedly from untreated waste water. The Pattaya City administration issued an order temporarily suspending swimming in the sea near Pattaya until officials found the source of the effluent and fixed it.

Yesterday the scenes at Bang Saen Beach, further up the Chon Buri coast, were teeming with people.