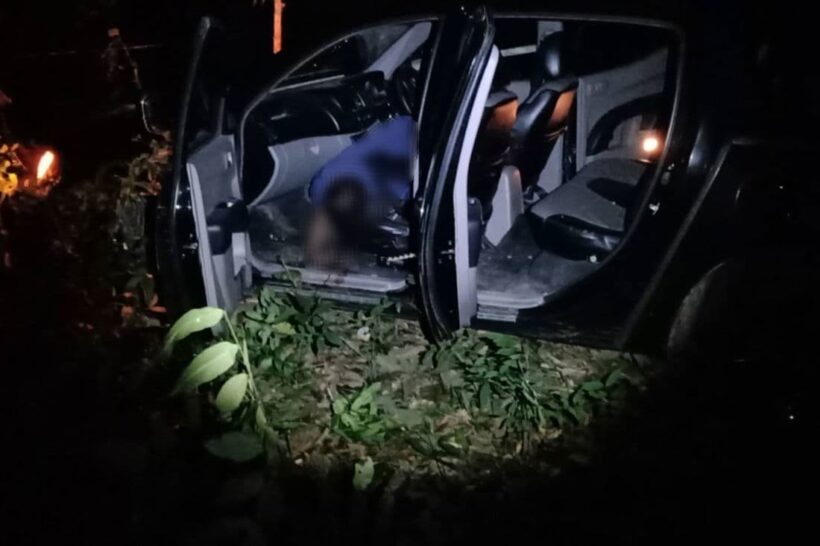 Soldiers have shot a suspected drug courier as he tried to speed through a checkpoint following an exchange of gunfire with soldiers.

The incident took place in the Saba Yoi district, in front of a school, last night around 8pm. Saba Yoi is the southern-most district in the province of Songkhla.

42 year old Mayunan Morar from Yala was found dead inside his pickup. A gun and ammunition were inside the vehicle along with 100 methamphetamine pills and some cash.

Police allege the pickup was coming from Kabang towards Saba Yoi before the incident. He stopped at the Saba Yoi checkpoint when flagged down by police but refused to allow soldiers to search his pickup. Police claim he pulled a gun and started to open fire as he sped off. Checkpoint officers returned the fire. The driver was killed.

Police report that the man had served time on other drug charges in the area before.