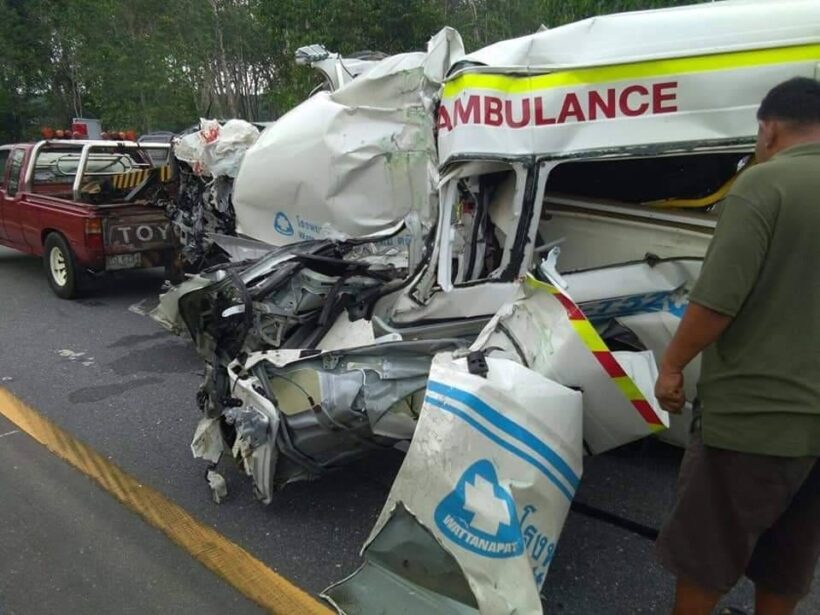 An ambulance has collided into a truck in Trang province today. The crash killed an assistant nurse and injured two others.

Police say the accident occurred on a bypass road in the province’s Huai Yot district before 6am. The ambulance belongs to the Wattanapat Hospital Trang. The ambulance was on its way back to the hospital after delivering a patient.

Police believe the ambulance driver may have fallen asleep behind the wheel. Police have been questioning the truck driver, Prayoon Srisongkhram.

Defence volunteers robbed of their guns in Pattani