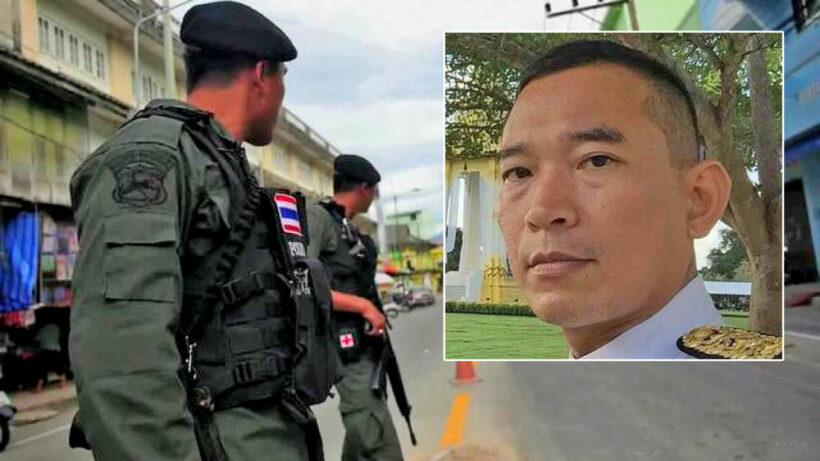 Five men were awaiting the judge to hand down his verdict. Charged with murder and facing either life imprisonment or a death penalty, or being acquitted. On October 4 Judge Kanakorn Pianchana, at the Yala Provincial Court, announced the five men were acquitted, in a 25 page document. What was to follow was both profound and tragic.

The judge claimed, as he wound up his reading of the acquittal, that there wasn’t enough evidence to convict the five Muslim defendants with the murder charges, claiming that his ‘superiors’ had pressured him to convict them and impose capital punishment.

Then he reached into the pocket of his black judge’s gown, drew a pistol and shot himself in front of a startled court room.

“My words might be as light as a bird’s feather but my heart is as heavy as a mountain.”

“Return the verdicts to the judges. Return the justice to the people.”

His final words before shooting himself have been ringing around Thai social media and judicial circles ever since as Thais ponder what in earth is going on in the courtrooms of the insurgency-plagued southern provinces, indeed any court in Thailand.

Kanakorn Pianchana luckily survived the shooting, was rushed to the provincial hospital and was released last week after visits from officials and the obligatory staged photo opportunities during the presentation of flowers to the patient. 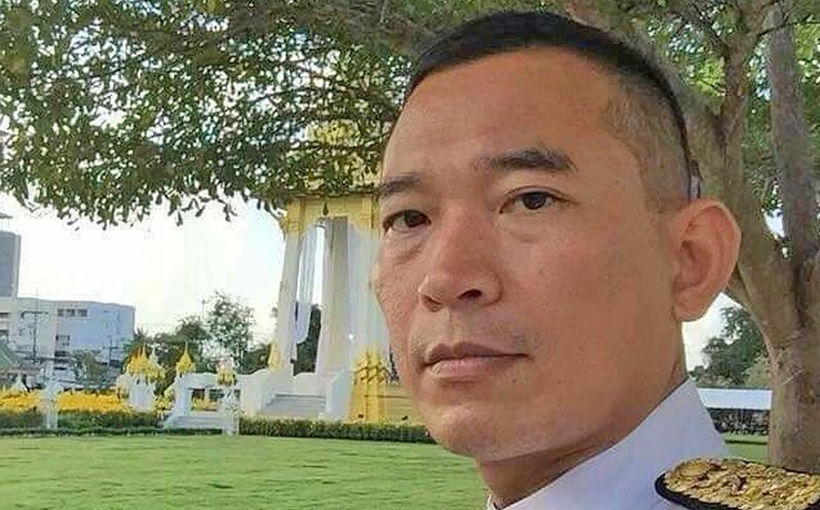 The incident, apart from the immediate impact on the judge’s health and his family, draws broad attention to the two decades of civil strife in the south, ironically described by Thai officials as the ‘restive South’. Buddhists and Muslims are in a real-life battle for real estate in the disputed southern-most provinces of Narithawat, Pattani and Yala. Once a Malay Muslim sultanate, the three provinces were annexed by the Thai kingdom in the early 20th century. But the earlier passive resistance has given way to a bloody insurgency since 2004.

Some 6,000-7,000 people have been killed by militants since the early 2000s, with heavy-handed military law being imposed on the hapless residents for at least 15 years. The scale of the dramatic violence is comparable with deaths in the Gaza Strip conflict, but far less known or understood by foreign media.

The targets are teachers, judges, academics, soldiers and religious leaders – from both faiths. Framing the conflict merely as a land dispute belies the tetchy religious friction between the Malay Muslims and the southern Buddhist Thais.

In many parts of Thailand’s south, even the tourist island of Phuket, there is a mixture of Buddhists and Muslims living peacefully together in a tolerant version of ‘Thai’ Islam with Thai Buddhists whose religious principals generally embrace freedom of worship.

Not so in the deep south where Muslim insurgents, many who travel over the open borders into Thailand, have waged a violent civil war against mostly completely innocent southern residents. The border, whilst patrolled with checkpoints, is an easy swim across a small stream in some locations, or a trek across the hills in others. 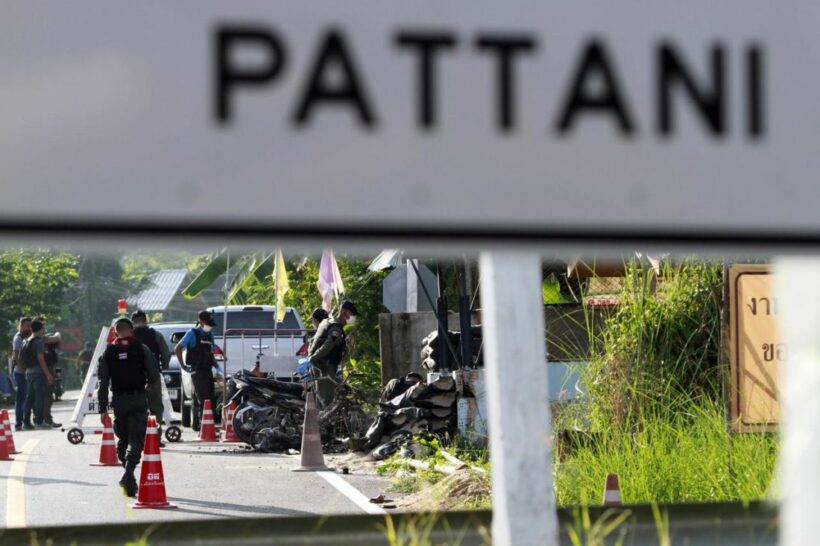 A few hundred kilometres to the north are the tourist-magnet beaches of Krabi and Phuket, some of the most popular tourist destinations in south east Asia. Yet a few hours drive south the situation changes dramatically with armed militia at checkpoints, barbed wire, sandbags and lots of questions. Successive governments have tried to downplay the problems whilst quietly trying to engage in unproductive peace-talks.

Both sides have drawn lines in the sand that prevent any beneficial progress towards lasting peace. On the part of the Muslim insurgents, the actual key figures and ‘money’ behind the two decades of attacks, is particularly hard to identify, making contact and plans for productive talks complex or impossible.

Both the seats of the Malaysian and Thai governments are a long distance from the troubled region – in Bangkok and Kuala Lumpur. The Malay government, whilst politely sending along various ‘government’ negotiators over the years, have been less than forthcoming in engaging with the Thai government for a solution.

So, the ‘ Deep South’, the ‘Restive South’, or just southern Thailand, remains a potentially dangerous zone with little support and a ‘law unto itself’ attitude where corruption can thrive. 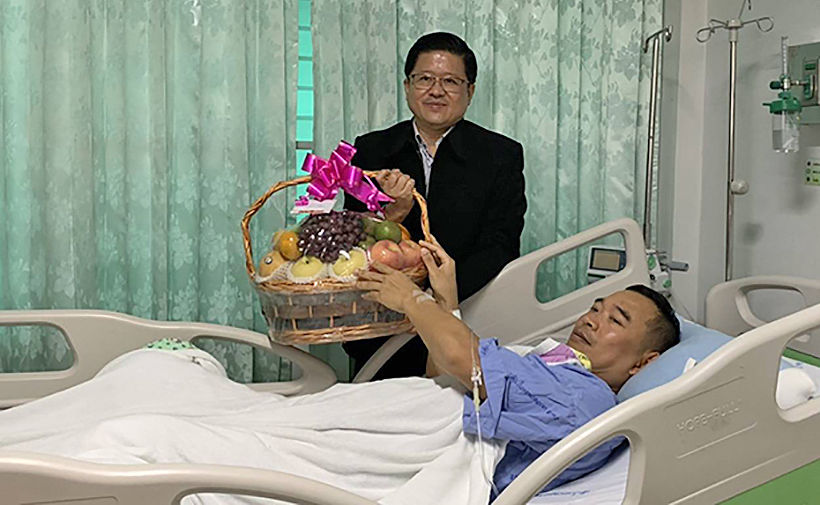 Mr. Kanakorn, a judge a the Yala Provincial Court for 17 years, openly accused the Thai army of using forced confessions and torture to condemn Muslims and push through their sentences. He cited many times his verdicts were subverted by superiors who lacked a full understanding of the evidence in cases.

Regional chief justices are allowed to review verdicts before they are read out in court – a quaint Thai judicial tradition following the country’s patriarchal line of authority.

In the case at hand, Mr. Kanakorn claimed he carefully considered the cases of all five defendants, accused of killing five others in June 2018. He concluded there were insufficient grounds to convict them.

“But the regional chief justice of a part of southern Thailand sent a secret letter ordering me to punish the five defendants.”

He neglected to name names.

Mr. Kanakorn explained at a hearing in August, addressing the defendants and their families, that he wanted to acquit the men but was “being pressured from above to convict”. He delayed the reading of a verdict for another two months.

Relatives of the defendants, gathered to hear the verdict on their family members, have explained to the media they had no idea what was about to unfold after the reading of the verdict on October 4. At first, according to people in the court, he asked the court reporter and other provincial legal officials out of the court room. He then ordered a guard to lock the main door.

The judge then set up two mobile phones set to stream the verdict and then spent the next hour delivering his deliberations. People were knocking at the doors of the courtroom and the judge’s phones continued to ring, still streaming, as the judge handed down a verdict he clearly disagreed with, and was prepared to end his life as a consequence.

In amongst the deliberations, the judge spoke about the low wages for judges, about 75,000 baht per month, and the opportunities the low wages presented for judges to have their opinions and final verdicts swayed.

At the conclusion of the unfolding drama, as people outside the courtroom continued to bash on the locked doors, the judge simply said… “This is the end.”

One of the people in the court said that, at this stage, the judge “looked totally exhausted.”

Mr. Kanakorn stood up, turned and bowed to framed portraits of the Thai monarchy adorning the walls of the courtroom, casually reached into his black judicial robes, pulled out the gun and shot himself.

At this stage, given the acquittal of the five men, the five still languish in a Yala prison. The families have been told that the prosecution will appeal Mr. Kanakorn’s verdict of acquittal in the murder cases. Bail has been set at 500,000 baht for each man, an amount of money well beyond the reach of a poor southern family.