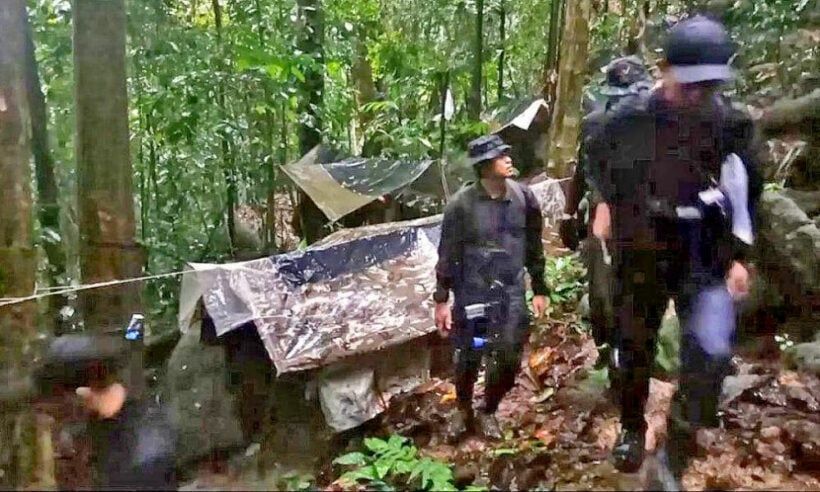 The fighting between the military and insurgents in the Southern border provinces of Thailand continues. Yesterday the Thai military killed a suspected insurgent after a shootout in a peat swamp in the Bacho district of Narathiwat, a province on Thailand’s southern border. This marks the sixth insurgent killed in the area in the last week.

A combined force of Thai military and paramilitary rangers used a backhoe to make their way through the thick jungle in pursuit of the insurgents. Soldiers were ambushed, and a ten minute gun battle ensued. The insurgents eventually retreated, and as Thai security forces followed their trail, they found the dead body of a man killed in the fighting. The suspected insurgent’s body was next to a HK33 assault rifle, and rounds of ammunition.

Forensic experts from Yala province were brought in to examine the body. They concluded that the man was a suspected insurgent, identifying him as Sufian Yusoh. Sufian is believed to have been involved in multiple shootings and bombings as part of the ongoing insurgeny in the region.

This swamp had been known as a hideout for the insurgency. Last week, the military engaged in another shootout in the same swamp. Five rebels were killed during that incident, as well as two Thai military officers.

The peat swamp has been under siege since September 28 this year. A security source said that the siege is likely to continue, and if the insurgents didn’t surrender they would “all be flushed out and killed”.