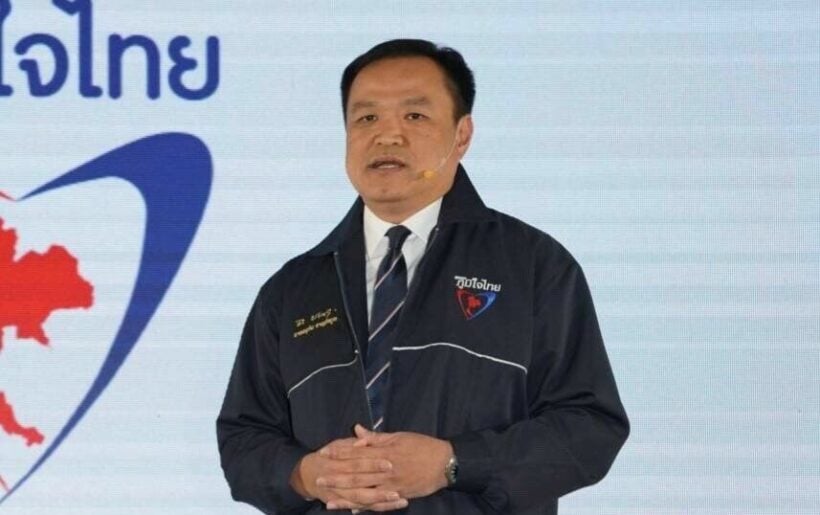 It appears there’s dissension amongst the ranks once more, as Thailand’s Health Minister disagrees with restricting the PM’s proposed re-opening to just 10 countries. According to a Nation Thailand report, Anutin Charnvirakul says Thailand should re-open to vaccinated tourists from MORE than 10 “low risk” countries.

On Monday night, PM Prayut Chan-o-cha carried out a televised address in which he proposed a November 1 re-opening to fully vaccinated tourists from 10 “safe” countries. The proposal is to be discussed at a meeting of the CCSA today. If approved, fully vaccinated qualifying tourists would need to test negative for Covid-19 prior to departure from their home country and again on arrival in Thailand. The list of “low risk” countries is yet to be confirmed but is understood to include the UK and the US.

Anutin has argued against limiting the re-opening to just 10 countries, saying vaccinated visitors from other countries should also be admitted, provided they test negative for the virus and remain 1 night in the province in which they arrived. Nation Thailand reports the health minister as confirming he has already made his views known to the relevant people.

Faz
Some personal off topic 'bickering's' are likely to get this thread closed down if they continue. Agree to disagree then move on with the topic please.

JohninDublin
3 minutes ago, LoongFred said: Hah! You seem to be over your quota for beers today. The topic was about Anutin's opposes ... You need to start a tread about brits rights and/or pubs.  If you are into lady boys…

JohninDublin
24 minutes ago, LoongFred said: Hit a nerve? Your the one who gets triggered all the time.
LoongFred
22 minutes ago, Faz said: Some personal off topic 'bickering's' are likely to get this thread closed down if they continue. Agree to disagree then move on with the topic please. I think it's time to close it.

JohninDublin
22 minutes ago, LoongFred said: Come on now. Is that a valid publication?   Look at the address on it. "lse.ac" London School of Economics. So the answer to the question must be "yes".  But isn't that typical of you. You…