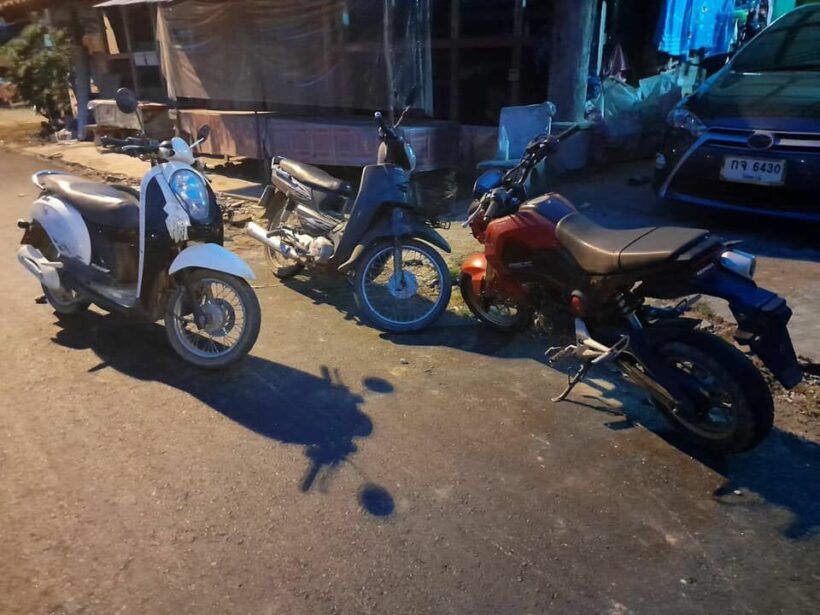 An off-duty territorial defence volunteer was shot and killed in Narathiwat, a province in Thailand’s “Deep South” near the Malaysian border with ongoing violence due to the religious separatist insurgency. The volunteer, Madrusli Kolae, was killed around 6:15pm yesterday as he was going home on his motorcycle after playing football at a field in the Chanae district.

Witnesses say they heard several gunshots and Madrusli fell to the ground, but no one saw who fired the gunshots. Madrusli was rushed to the Chanae Hospital and was pronounced dead.  Police are still investigating.

Earlier this month, a volunteer ranger was killed in a grenade attack by suspected insurgents at a Thai army camp in the province by the Sungai Kolok River in the Tak Bai district bordering Malaysia.

Around 15 suspected insurgents attacked the army camp from the Malaysian side of the river, firing grenades using a M79 grenade launcher, throwing pipe bombs, and firing automatic weapons, a soldier says. Only eight soldiers were at the camp. One was killed and four were injured.

The attack at the army base may have been over the extrajudicial killing of a suspected insurgent who was wanted on nine warrants including murder, Regiment chief Colonel Thaweerat Benjathikul said in an earlier report.