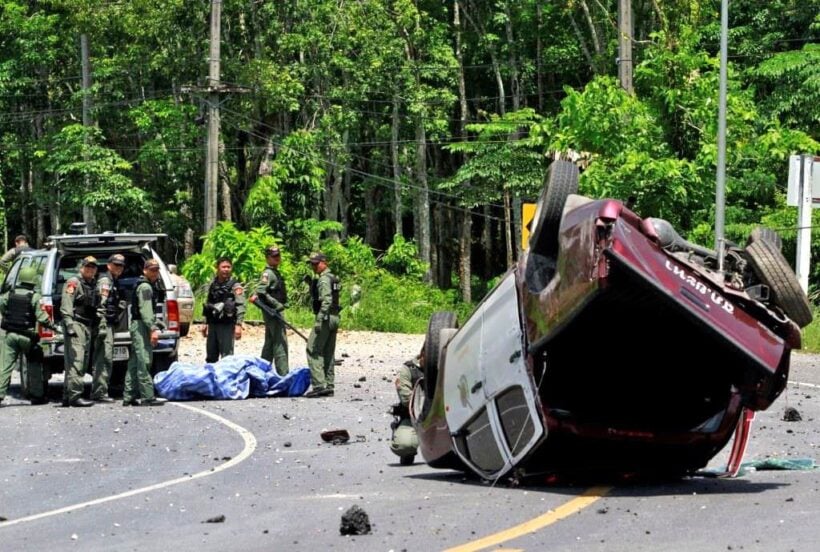 The struggle, commonly referred to in international media as the ‘southern insurgency’, has been between Muslim guerilla fighters and the Thai army, partly over borders, and partly fueled by religious and cultural differences.

But analysts remain hopeful that a resolution could still be hammered out and are pinning their hope on Malaysia’s new role in the talks.

The Malaysian PM Mahathir Mohamed has openly expressed his commitment to the peace process and appointed the former police chief Abdul Rahim Noor as representative in the talks.  Mr Abdul played a role in ending the country’s communist insurgency in 1989.

The region, encompassing three provinces, was an independent Muslim sultanate but was formally annexed by Buddhist-majority ‘Siam’ at the turn of the 20th century.

In 2004, the century-long ethnic tensions escalated into a full-blown conflict as a result of long-running centralisation policies, local administrative changes and and Thaksin’s ‘war on drugs’ that targeted the region particularly viciously.

More than 7,000 people have died in the violence over the past 15 years, according to local monitor NGO Deep South Watch.

Current round of talks

Zachary Abuza, a professor specialising in Southeast Asian security at the National War College in Washington DC, says the Malaysian government is interested in the peace talks because “they don’t want instabilities on their borders”.

The Malaysian government also say it’s concerned about the flow of weapons from Thailand over the border after several Islamic State cells were uncovered and dismantled in Malaysia last year.

However, the Thai efforts in peace talks have “never been in good faith”, claims Abuza, pointing to negotiator Udomchai Thammasarorat’s snub of a meeting facilitated by Malaysia with the delegation of the Mara Patani, an umbrella organisation consisting of several separatist groups. Udomchai only showed interest in meeting its leader Sukree Haree.

After the incident, Mara Patani suspended the talks until after Thailand’s March 24 elections and asked for the Thai facilitator to be replaced with a person “with more credibility”.

“Mara Patani sees the attitude of refusal to confront the dialogue team as unacceptable and we suspect a hidden agenda when he only wanted to meet me,” Sukree Haree told Malaysian news agency Bernama.

Abuza claims Thailand’s military government, which seized power in May 2014, would not give Malaysia any substantial role in negotiations.

“They are terrified that this conflict will become an internationalised conflict.”