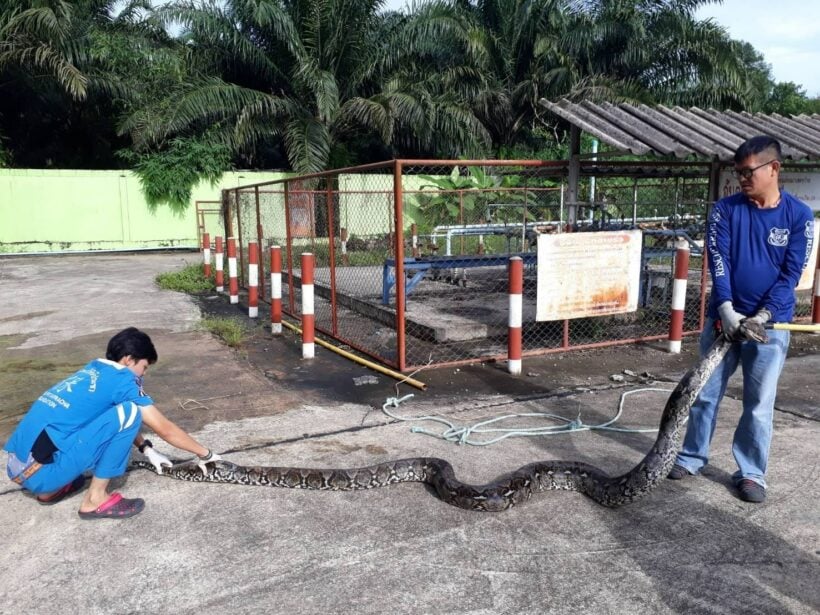 Krabi rescue workers yesterday (June 28) caught a six metre long python at a petrol station after the reptile had eaten a duck.

Three rescue workers from Krabi Pitak Pracha Foundation, along with a plucky local, took about 20 minutes to catch the python which weighed 56 kilograms at a gas station in Thab Prik.

Head of snake catcher team of the Foundation, Tongchai Wongwiwat, says, “We were notified by staff members of the gas station that a big python had eaten a duck in a farm just behind the gas station.”

“When we arrived at the scene we found that the python has hiding in a bush. We used a snake snare to catch it and then put it in a bag.”

“The python might have lived in the forest nearby. This time is rainy season and the python came out from the forest to eat the duck. The farmer told us he’d seen the python eat the duck… the python’s stomach was still swollen when we caught it.”

“I have caught about 100 snakes and this is the biggest one I have ever caught.”