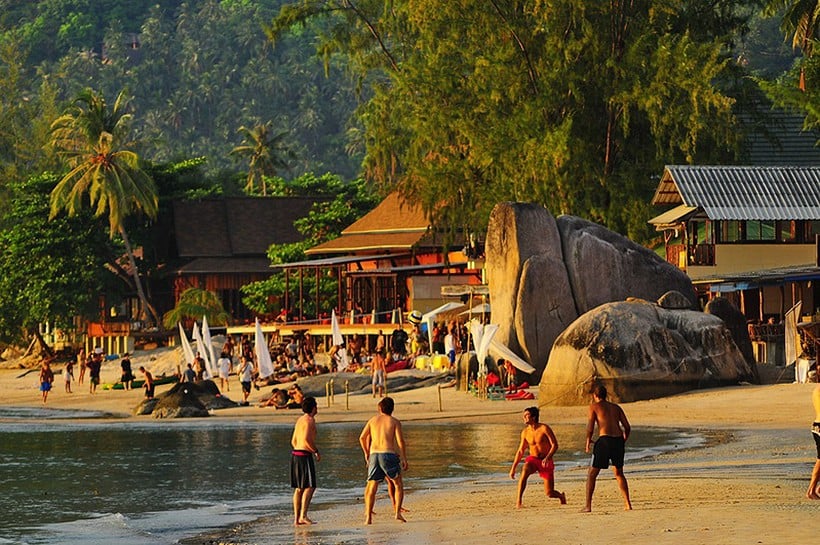 Pol Maj Gen Surachete Hakparn, the deputy tourist police commissioner currently on Koh Tao, says police investigators have not found any evidence or information that would support a rape case as claimed by a British backpacker. But he did welcome any evidence from the UK teenager to prove her claims.

Pol Maj Gen Surachet Hakparn was assigned by the national police chief Pol Gen Chakthip Chaijinda to investigate the case. Police have also invited her return to Thailand to make her case. The crime-busting police officer arrived in Koh Tao on a fact-finding mission yesterday.

Accompanied by Koh Tao police, tourist police, immigration officials and the mayor of Koh Tao, Pol Maj Gen Surachet inspected Sai Ree beach where the victim claimed the alleged rape took place, the bar where she suspected she was drugged,  and the hostel where she stayed with three companions during their vacation on the scenic island popular among backpackers.

The 19 year old British tourist claims she was drugged, raped and robbed of her cellphone, credit cards and 3,000 baht in cash.  However, she alleged that the Koh Pha-ngan police refused to accept her rape complaint (after she took a ferry to the neighboring island to attend the monthly Full Moon party).

Pol Maj Gen Surachet says he talked to the hostel owner, Ms Pathra Jamtrakul, who told the police that she saw the British tourist cry and asked her what happened to her and was told she regretted having an affair with a male companion.