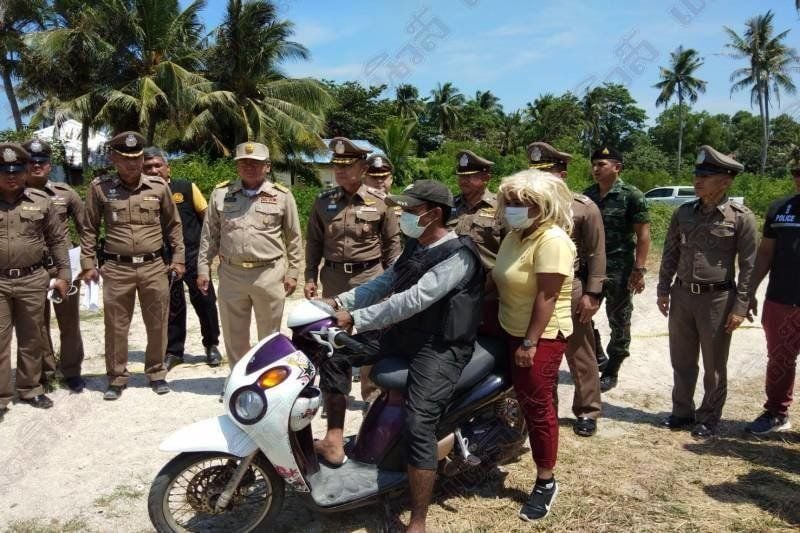 Police have held a bizarre reenactment of the rape of a 26 year old Norwegian tourist after a 33 year old Thai man was arrested for the crime soon after it was reported on Sunday night on Koh Pha Ngan.

Rewat “Moss” Hansuwan says had offered the victim to help her find her lost wallet but ended up raping her on the beach instead. The incident occurred after the Half Moon Party on Koh Pha Ngan on Saturday night.

The suspect has a list of priors including attempted murder and theft. He had been released from jail in the weeks before (not the day before the rape as had been previously reported), just before Singkran.

Thai Rath reports that a video of the reenactment shows the suspect on a motorbike with a Thai woman in a blonde wig and surgical mask standing in as the Norwegian victim. The video shows him simulating the rape of the bewigged woman on the beach with local police and the Surat Thani governor looking on and taking photos.

Provincial governor Witchawut Jinto spoke of the damage to tourism, Koh Pha Ngan and Surat Thani. The Norwegian victim was never discussed during the media conference.

Meanwhile Daily News reports that Moss claimed he was egged on when the tourist allegedly put her hands round him on the bike. But she resisted when he groped her on the beach and then he punched and raped her. 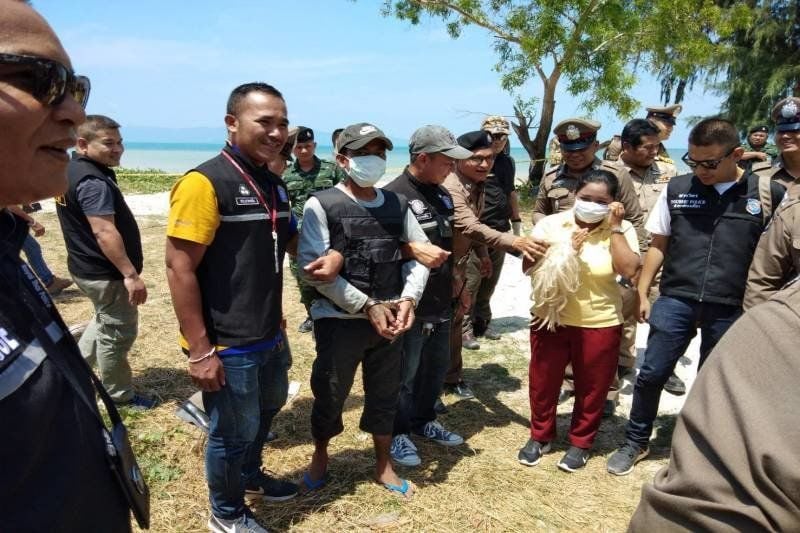