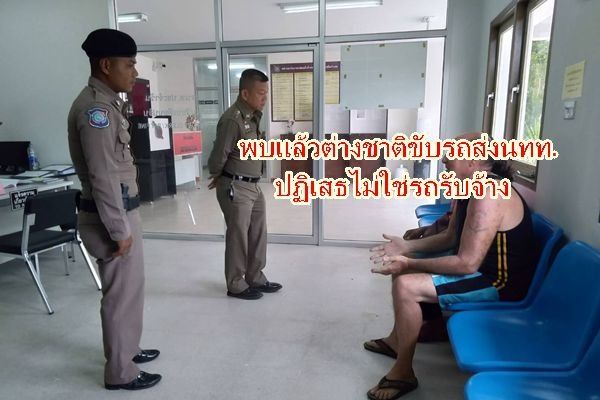 Koh Samui police interviewed a foreign man who had been accepting money after taking tourists to the port on Koh Samui.  The man denied he had been running a taxi service saying he was just helping friends.

Thai operators, particularly taxi services on Samui, are claiming that foreigners were increasingly taking jobs reserved for Thais. Locals say Europeans, Chinese and Koreans, in particular, have been running taxi services and acting as guides.

Samui police arrested a man who was caught on video allegedly operating a taxi service. The French man admitted that it was him in the clip and driving the Mazda pick-up. But he claims he was just taking friends to the ferry at Nathon.

The man explained that his place is in Bang Kao in the Na Meuang area and there is no taxi service from there so he was obliged to help his friends out. He told police his friends gave him 200 baht money for petrol “which was most kind of them”.

Manager Online reports that the officers “listened patiently” to the French expat’s explanation before checking his record and warning him as to his future behaviour especially when it comes to taking jobs reserved for Thais.