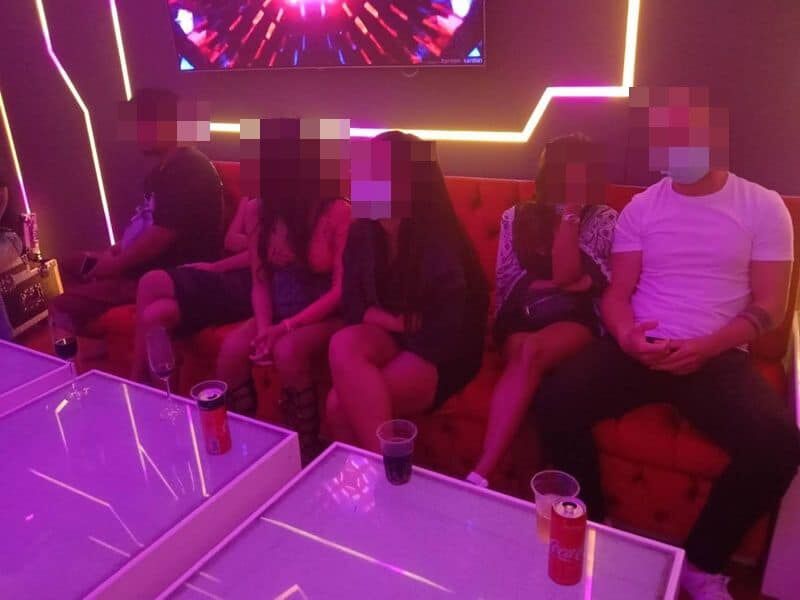 Following the raid and breakup of a party at a luxury villa in Koh Samui 2 nights ago, it was revealed that 5 of the people in attendance at the party had previously had Covid-19, likely from the Black Bamboo Club cluster resulting from another illegal party. Now at least 2 of the party attendees have tested positive for Covid-19, causing a wave of quarantines and isolation.

After 2 of the 24 people (11 foreigners and 13 Thais) were diagnosed with Covid-19 infections, the officers that took part in the raid had to be put into quarantine, as well as all the other partygoers. An Australian expat, said to be the owner of the Lamborghini Villas Koh Samui where the party took place, was one of the people infected with Covid-19. The other was a Thai guest of the party.

The party raid involved 6 different agencies and more than 50 officials from the local Bophut Police, Tourist Police, the district office, the public health district, and even an army unit. The police chief in Bophut confirmed 11 officers involved in the raid are in quarantine now, figures from other agencies haven’t been confirmed yet. The party attendees were reportedly quarantined in a local field hospital.

Police confiscated nearly 90 bottles of beer and alcohol from the party and 2 foreigners were caught with illicit drugs (early reporting said it was cocaine possessed by a French national and a Filipina). A Thai national was said to have been wanted in connection to a social media scam.

5 Thai people at the party and one Russian person had previously tested positive for Covid-19 after attending another entertainment venue operating on Samui despite the Emergency Decree banning them. The venue wasn’t overtly named.

The district chief of Koh Samui warned the other 5,000 expats living on the popular island about the continued flouting of the Emergency Decree and Covid-19 restrictions. He suggested that foreigners breaking the rules may now face deportation.